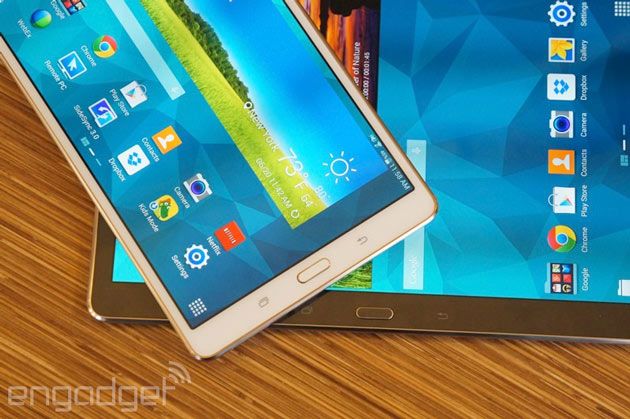 Samsung has such a fondness for tablets it’s sometimes hard to keep up. The recently announced Galaxy Tab S, 8.4- and 10.5-inch Android slates stand out from the crowd as Samsung’s newest flagship line, and the company said today they’ll arrive in the UK on July 4th (aka next Friday). Both models, which marry high-end internals with WQXGA (2,560 x 1,600) displays, will be available online and through several retails stores (including Samsung’s own) from £319 for the WiFi-only, 8.4-inch version and £399 for the full-sized slate.