Next up, Juan Carlos Bagnell (@SomeGadgetGuy) of Pocketnow, with his infectious personality, laughs along with Josh. Tablets and laptops join the conversation, as does the Samsung S Pen and wearables. The talk mostly stays on a high level, talking about how people see the various devices and what it’s like to attend these fun tech shows. Not to mention that LG G6 screen corner situation.

Last up, as both missed their flights, Michael Fischer (@theMrMobile) of, well, he’s Mr. Mobile and Josh hang out for an hour to talk MWC. Fashion starts the chat, with vests and suits. What you really want to hear about, best of the show, behind the scenes at how the guys work and actual tech talk. Wearable tech rears its head, watches are big with these two, as is photography. Last, what are your shortcuts on the Blackberry KEYone keyboard.

The Android Authority Podcast – discussing topics in Android every week. 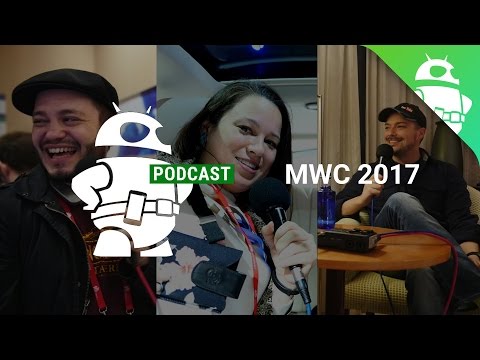