How fast is Bluetooth 5 on the Galaxy S8? – Gary explains 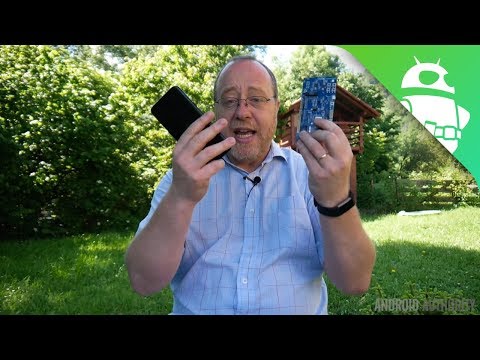 Bluetooth was introduced in the mid-1990s and it has become an essential wireless technology, not only for smartphones but also for tablets, laptops, desktops, wearables, and more. Bluetooth comes in two flavors: “Classic” and “Low Energy”. The former is the Bluetooth that enables our wireless keyboards and mice, along with wireless headsets and speakers. The latter, Bluetooth Low Energy (BLE) uses a lot less power and is designed for areas like health care, fitness, and beacons. That’s why wearables like the Fitbit Charge 2 use BLE rather than Bluetooth Classic.

Bluetooth 5 is an extension and improvement of the Bluetooth Low Energy part of the Bluetooth specification and it is starting to find its way into consumer devices, most notably the Galaxy S8. In April I did some Bluetooth 5 speed and range tests, using a couple of Bluetooth 5 nRF52840 development boards from Nordic Semiconductor. Using these I was able to test the real world capabilities of Bluetooth 5 and also cut through some of the marketing hype about the new standard.

Then once I got hold of a Galaxy S8, I tried to test the Bluetooth 5 speed and range of Samsung’s latest flagship device, but I failed. In a nutshell there is no support for Bluetooth 5 in Android N and there is no SDK from Samsung. This will all change with Android O, but we will have to wait until it is released for the S8.

I assumed therefore that there was no way to test Bluetooth 5 on the Galaxy S8. However some very nice engineers from Nordic Semiconductor came to my rescue. Normally, a smartphone will act as the “master” and make a connection to a “peripheral”, for example when you connect your smartphone to a fitness device or a smartwatch. You can’t do that on the S8 at the moment with Bluetooth 5 because there is no SDK support. However the clever fellows at Nordic Semiconductor pointed out that the nRF52840 development board can act as a master and connect to the S8 as a peripheral. What happens is that the master device (the dev board) negotiates a Bluetooth 5 connection with the peripheral (the S8) and the S8 accepts that connection and recognizes the request for a high speed Bluetooth 5 link. In the real world, this is next to useless, however it does mean that I could test Bluetooth 5 on the S8!

Here is a simple layout plan of my house:

The blue circle in the bottom left-hand corner represents the master (the nRF52840 development board connected to my PC), while the green diamonds show the different receiver positions (i.e. the S8 acting as a peripheral) around the house and the rough location of the walls. The walls in my house are simple partition walls covered with plasterboard (or drywall). You will find that thicker walls, concrete or brickwork, and walls with ironwork in them, will alter the way the signals propagate.

Here is a table of how the throughput changed as I moved the S8 further and further away:

The combination of the nRF52840 and the S8 yields a lower throughput than just two nRF52840 boards, however it is important to remember that the boards don’t have cases etc and the antennas aren’t buried behind a battery and a display!

Speeds of over 900 Kbps are possible when the two devices are within a few meters of each other, however the bitrate can drop off quite quickly as the distance increases. Bluetooth 5 does introduce the new Long Range (Coded) connection type which offers greater range but less throughput, however the S8 doesn’t support it. This is because the Coded connection type is optional in Bluetooth 5. In fact, the only connection that is mandatory is the 1 Mbps connection speed from Bluetooth 4.

At the moment being able to connect to your smartwatch at over 900 Kbps isn’t really necessary, however one of the reasons for the new speed increase is the hope that we can have audio streaming over BLE, rather than Bluetooth Classic. Even with speeds of  460 Kbps at 11m/36ft away, this is closer to becoming a reality.