The Tom Clancy franchise of military combat games has been a hugely successful one for publisher Ubisoft on PCs and consoles, with several sub-brands like the Rainbow Six, Ghost Recon and The Division series. Today, the company officially announced Tom Clancy’s ShadowBreak, which is the first such game in the franchise made just for mobile devices running on Android and iOS.

How to create a 3D shooter for Android with Unity 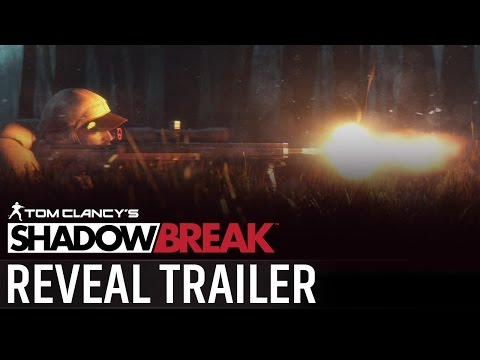 The game looks to be a rather odd hybrid of the sniper shooter game crossed with squad-based strategy similar to Clash Royale. ShadowBreak will allow player to collect a range of different military operators and upgrade each of them with new weapons and other gear. Then you command them to make assaults on enemy bases. You can personally join in on the battles as you take out units with your sniper rifle, which can also be upgraded with improvements and gear. You are even allowed to change your sniper’s appearance with different faces, outfits and gear.

Ubisoft says the gameplay in ShadowBreak should allow for more players to be successful in online PvP matches. A good sniper that may not have as good of a squad on the ground can still win, as can a player who has created a great unit of operators but may not be as good of a shooter.

For the moment, only residents in Canada can download and play Tom Clancy’s ShadowBreak from the Google Play Store. However, Ubisoft hopes that this soft launch will help with collecting feedback that can be used to improve the game before its official launch worldwide later this year.