A new Moto Z mod is in development that would give the handset an IR Blaster and wireless charging capabilities in a slim profile. The Ultimate Moto Z Mod is being designed for Motorola’s Transform the Smartphone challenge, which asks independent creators to produce a Moto Z mod prototype for the chance to have it sold nationwide by Verizon.

The Ultimate Moto Z Mod is barely thicker than a regular Moto shell case, at just over 3mm, and is being funded on IndieGoGo in accordance with the competition rules. Currently, it needs to be plugged into the phone to work, but it will connect to the device pins in the final version. Further, the IR Blaster function, which means the phone can be used as a remote control for compatible electronics products, is still in progress. Check out how it looks so far in the video below. 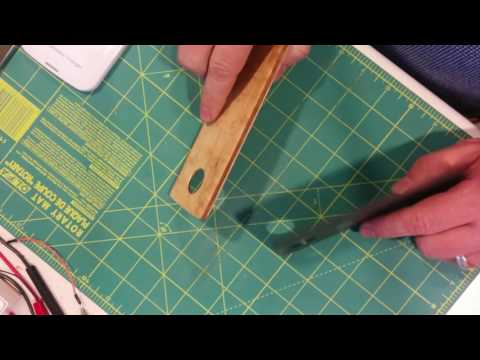 All things considered, this looks very promising: it’s is the cheapest of all the Moto Mod products on sale right now and it’s also the thinnest, excluding the regular shell case, which doesn’t house any extra functionality.

Moto Z Play Nougat preview could be on its way soon

Ultimately, the option to buy a slim, wireless charging case for $35 is something which I’m sure even none Moto Z owners would find appealing. I certainly do.