The ‘tablet’ for your wrist has arrived 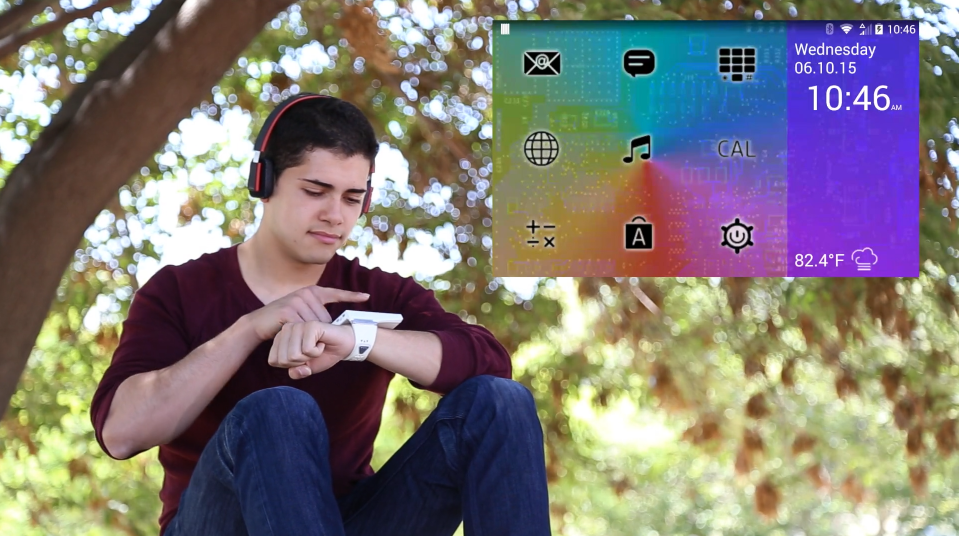 Yes, someone actually made a wearable “tablet.” And no, we’re not talking about the Neptune Pine, which is basically an oversized watch that doubles as a phone. This new device, dubbed Rufus Cuff, features a 3.2-inch screen and, since launching as an Indiegogo campaign in 2014, has promised to be more than a smartwatch. Rufus Labs, the company behind it, says its product “ends the era of the watch and ushers in the wrist communicator.” Aside from that ludicrous display size (compared to other wearables designed to be worn on your wrist), it also features a TI Cortex A9 processor, front-facing camera for pictures/video, GPS, WiFi and a 1,175mAh battery. Although you can use an iPhone to take calls with it, thanks to the built-in speaker, dual microphones and Bluetooth support, Rufus Cuff is powered by Android Kit Kat.