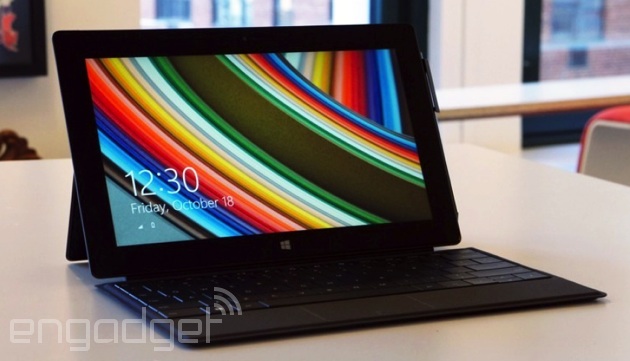 If you’ve been hoping to score a deal on the Surface Pro 2 knowing that the Pro 3 is on the way, it’s time to start spending. Much like it did in the UK, Microsoft has cut prices on its older Windows tablet, with the discount depending on the level of storage you crave. You’ll save $100 if you can make do with a the 64GB or 128GB models, which now cost a respective $799 and $899. Spring for the 256GB or 512GB editions and you’ll spend $200 less, with prices now sitting at $1,099 and $1,599. The cuts aren’t all that dramatic, but they may be enough to help you resist the temptation of a newer, shinier slate. It’s just as well — Microsoft is already seeing 10-day shipping delays on the Pro 3, so this may be your best shot at buying a high-end Surface for a little while.