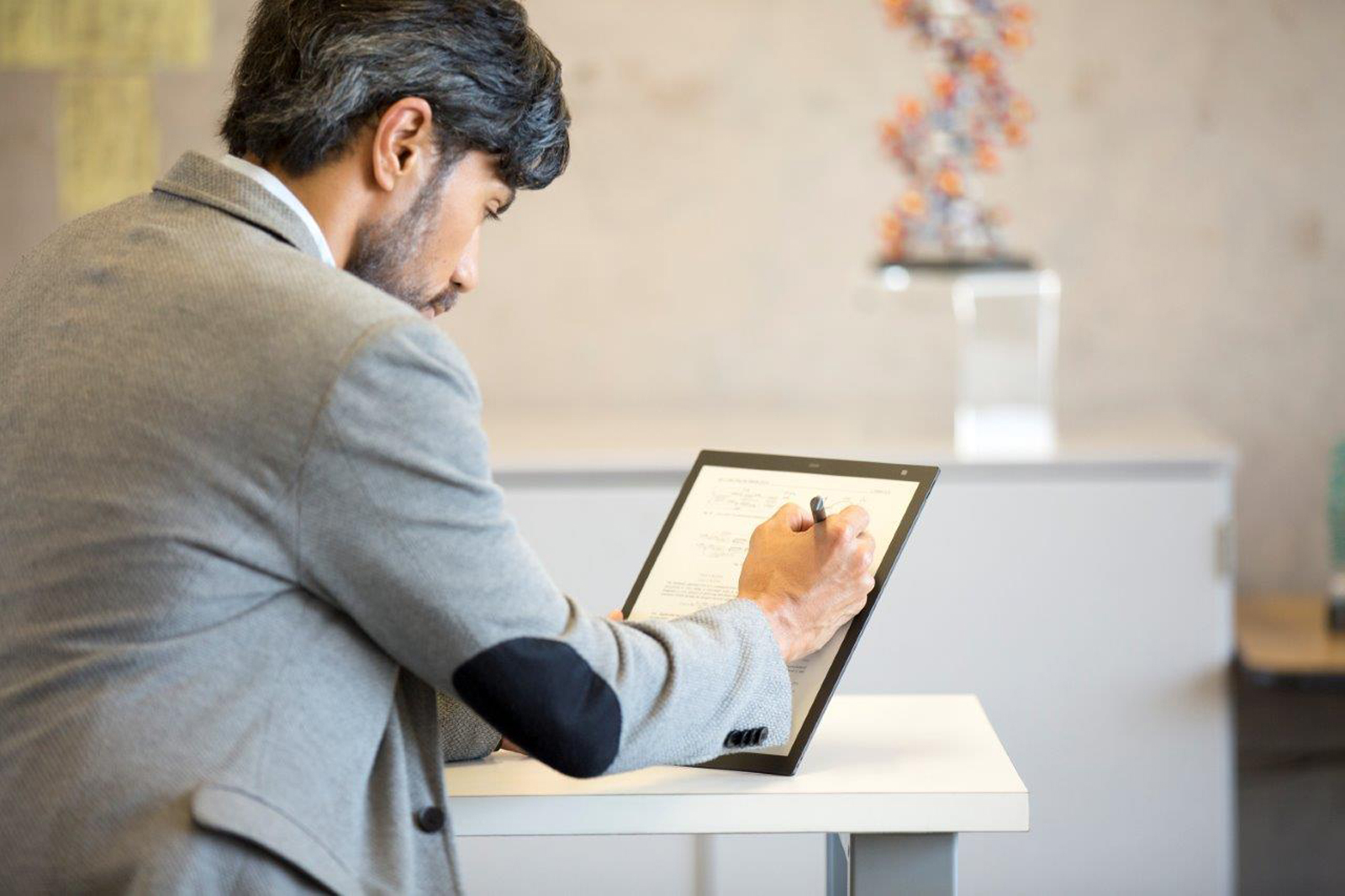 Did you see Sony’s second-generation Digital Paper and realize you found your dream e-reader? If so, you’ll get to do something about it very soon. Sony has announced that its latest 13.3-inch E Ink tablet (the DPT-RP1) will reach the US sometime in June, when it will sell for the previously announced $700. As mentioned in April, it’s really about a lot of incremental improvements: you’re most likely to notice the higher resolution (1,650 x 2,200), but the thinner, lighter design and NFC unlocking will also be helpful. The centerpiece remains the ability to read and annotate documents in exceptional detail — this is aimed at pros and students who need to plow through complex documents like research papers.