See what makes the iPad Air 2 so skinny 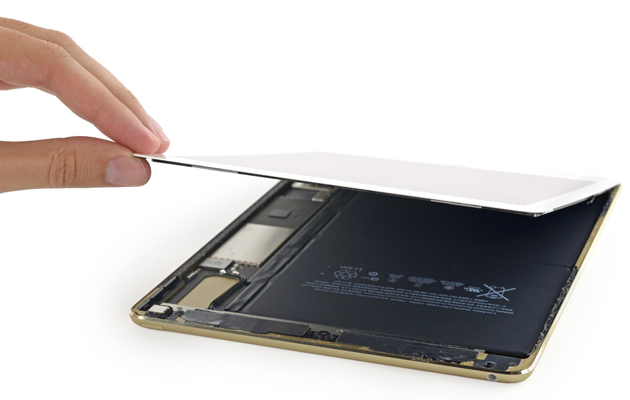 It’s safe to say that you don’t buy most Apple devices these days with the expectation that you can open them up, and it looks like the iPad Air 2 is no exception. Do-it-yourself repair shop iFixit has torn down the new tablet and found that it’s even tougher (or at least, more expensive) to fix than its predecessor in a few respects. That bonded display may be great for cutting back on reflections, but it increases the risk of breaking the panel when you’re prying things open — and it’ll cost more to replace if you do break it, since you can’t separate the glass from the LCD. Problems from last year persist, too, such as the use of glue to hold seemingly everything together instead of clips or screws. Another change from its predecessor is the battery — the 27.62 Wh unit is smaller than the original Air’s 32.9 Wh capacity, although a more efficient design should keep battery life close between the two. Is any of this a deal breaker if you’re set on getting an extra-slim iPad? Probably not, but it’s something to consider if you normally prefer to fix gadgets at home instead of taking them back to the store.