Save yellow blob emoji with machine guns, mine carts and monsters

When Google decided to kill off its half-loved, half-despised yellow blob emoji, there were simultaneous cries of defeat intermingled with cheers of victory. If you fall into the camp of the victors, you’re probably not going to want to read this, but if you loved the little yellow blobs and wish there was something you could have done to save them, then this is for you. While there’s no turning back now, a fresh update to a fun game out on Android and iOS essentially lets you live vicariously through the eyes of the now-lost blobs – fighting for survival in a world out to get them.

These are the 56 new Android emoji

Hollow Earth 3: Dark Hollow Earth is the third game in the Hollow Earth series, but it follows on from the second game’s shift to a rollicking mine cart adventure ride. Little blob emoji are on an endless thrill ride through dark monster-filled caverns. But they’re not going out so easy. Armed at first with a pistol, you can later upgrade your arsenal to include M-16s, shotguns, flamethrowers and more: these little blobs may be shaky, but deep inside they’re more Rambo than roadkill. Check out the gameplay trailer below. 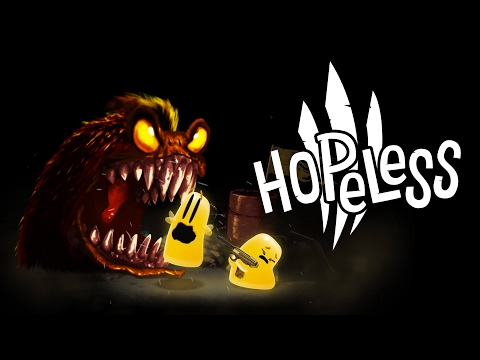 The game was actually launched a while back but has just received a big upgrade, adding fully reworked levels, new graphics and effects, the ability to use any weapon in any world and swap weapons while you ride. It’s a ton of fun and the game already has over a million installs, with an impressive 4.5 star rating. It’s a free install but it is ad-supported and contains in-app purchases, primarily for fuel (energy) and ammunition. So be judicious with what you’re shooting at. Every emoji counts.