Samsung’s stretchable display is great, the video demo not so much

It was set to be a revolutionary moment. Samsung was going to give us a glimpse at the future, its first-ever flexible display, a product that could bring about a whole new era in smart technology, where the screens don’t crack, but instead, bend and stretch when force is exerted upon them.

A groundbreaking new technology, for use in IoT devices, smartwatches, smart cars, AI products and more…

This is what we saw. 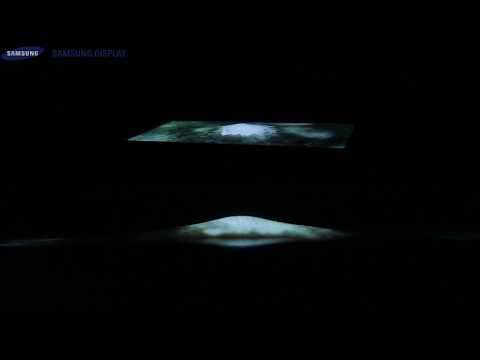 As you might expect, the YouTube comments on the video haven’t been kind. “What is this crap!”, “WTF did I just watch???” and “I love the clarity of this demonstration,” are just some of the responses you’ll find there.

What the video shows off is a 9.1-inch OLED screen being pushed in its center, as viewed from two angles (I think). It was unveiled at the Society for Information Display (SID) conference in LA last week. Unlike other OLED/LCD displays, Samsung’s flexible prototype can move in two directions, acting similar to a rubber balloon when pressed.

It is an exciting future prospect, though it’s still a number of years from commercialization, and could open the doors to innovative new products that aren’t restricted by the properties of traditional displays, which have been, since their inception, rigid.

Indeed, there are going to be many that come to Samsung’s defense regarding the video, but I think few would argue that this is a great way to show off a new technology. Confusion is one of the last states you want to elicit from those witnessing a product demonstration — and Samsung has done just that. An explanation of what the two planes are, and why it was filmed in the dark, could have gone a long way for viewers.

For more on this topic, you can check out our “what is stopping flexible displays from taking over?” explainer video at the link.

What’s your take on Samsung’s flexible display video? Let me know in the comments.