Samsung’s next Android tablet looks like a supersized Galaxy S5 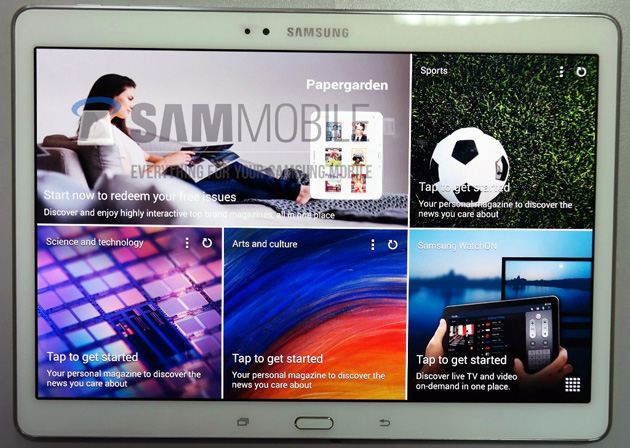 Samsung has already launched a cavalcade of new Android tablets this year, but it looks like the company isn’t quite done yet. SamMobile claims to have the first photos of the Galaxy Tab S 10.5, a recently rumored Android design that would mark Samsung’s return to slates with OLED displays. As the name suggests, it would have a 10.5-inch, 2,560 x 1,600 AMOLED panel that promises higher contrast and bolder colors than an LCD; there’s reportedly an 8.4-inch equivalent in the works, too.