Play as the bad guys as Batman: Arkham Underworld finally launches for Android

Sometimes you will see games that still launch for iOS weeks, and sometimes months, before they are finally made available for Android. That’s the case for Batman: Arkham Underworld, which launched in the summer of 2016 for Apple’s platform, but is only now making an appearance on Android in the Google Play Store.

While this game may have “Batman” in the title, you don’t actually play as the Dark Knight. Instead, Arkham Underworld is centered on the many bad guys in the Caped Crusader’s packed Rogue’s Gallery. The free-to-play game itself takes place before the events in the Batman: Arkham trilogy of console and PC games created by developer Rocksteady. Arkham Underworld, developed by Turbine, is a combination of a top-down tactical action game and a management game. 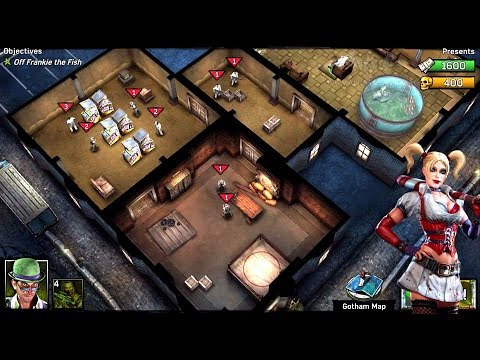 You have to recruit your super villains from a list that includes the Riddler, Harley Quinn, Killer Croc and many more. You control their actions as they, along with AI minions, go on missions to raid, steal and pillage from others in Gotham City. At the same time, you also have to build up your secret base with your own traps and upgrades to keep others from raiding what you have.

Graphically, the game keeps the dark and gothic art style of the console and PC Arkham games, even if they don’t come close to matching the detail from those titles. It also features some of the same voice actors that are in those games, including Tara Strong as Harley Quinn and especially Kevin Conroy, who once again does a great job playing Batman (he does appear in the game at times, and your job is to stop him, naturally).

Keep in mind that while Batman: Arkham Underworld is free to download and play, it does support optional in-game purchases. Have you been waiting patiently for this game to finally come out for Android and if so, what are your impressions? Let us know your thoughts in the comments!

Get it at Google Play