Microsoft made the Surface Pro both lighter and quieter 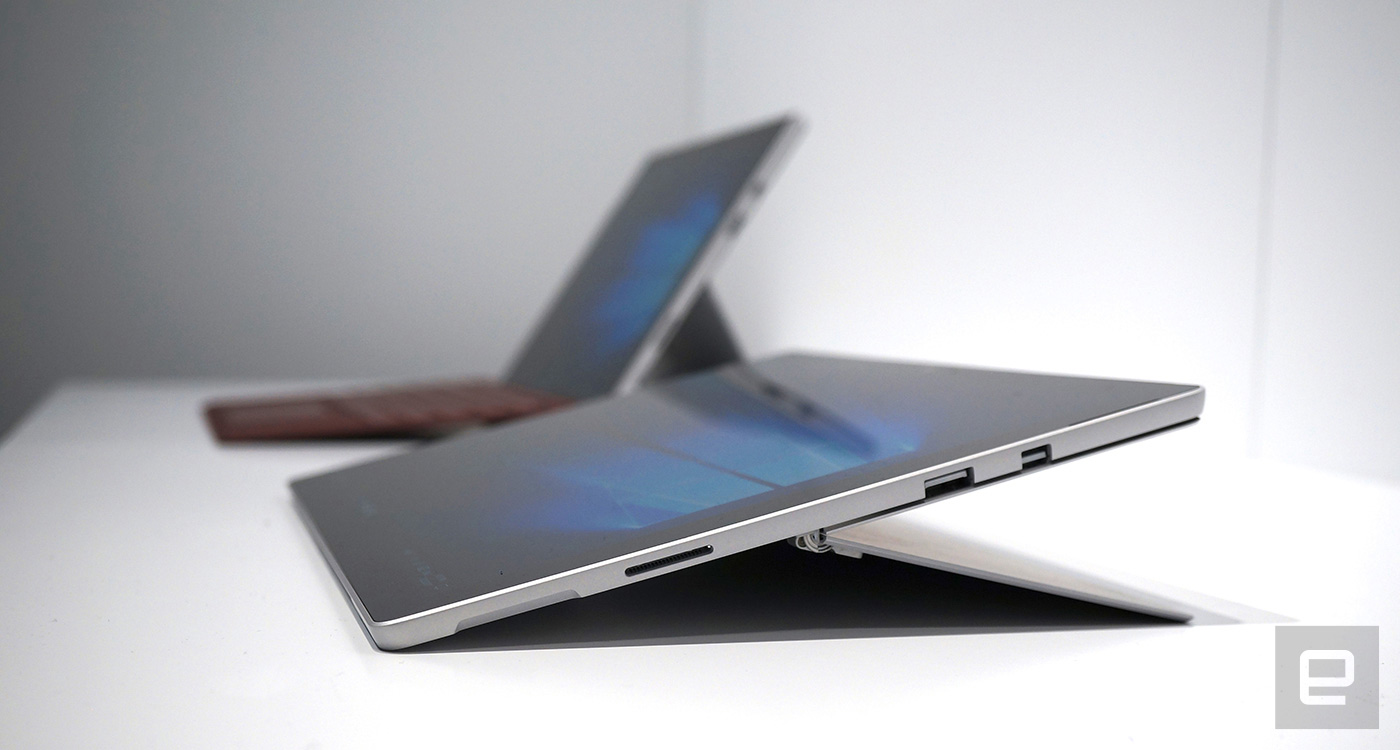 Microsoft has mostly left the Surface Pro line untouched since late 2015, but the company is finally giving it a long overdue refresh today. Announced at an event in Shanghai earlier, the new machine — now simply dubbed Surface Pro — packs Intel’s 7th-gen Core processors (Kaby Lake; m3, i5 and i7 flavors), an enhanced 12.3-inch PixelSense display (2,736 x 1,824) plus optional LTE Advanced radio due later this year. Microsoft calls this “the lightest, the best sounding, the fastest and the quietest Surface Pro ever,” and the company was keen to claim that its own machine is 1.7 times faster than the iPad Pro.