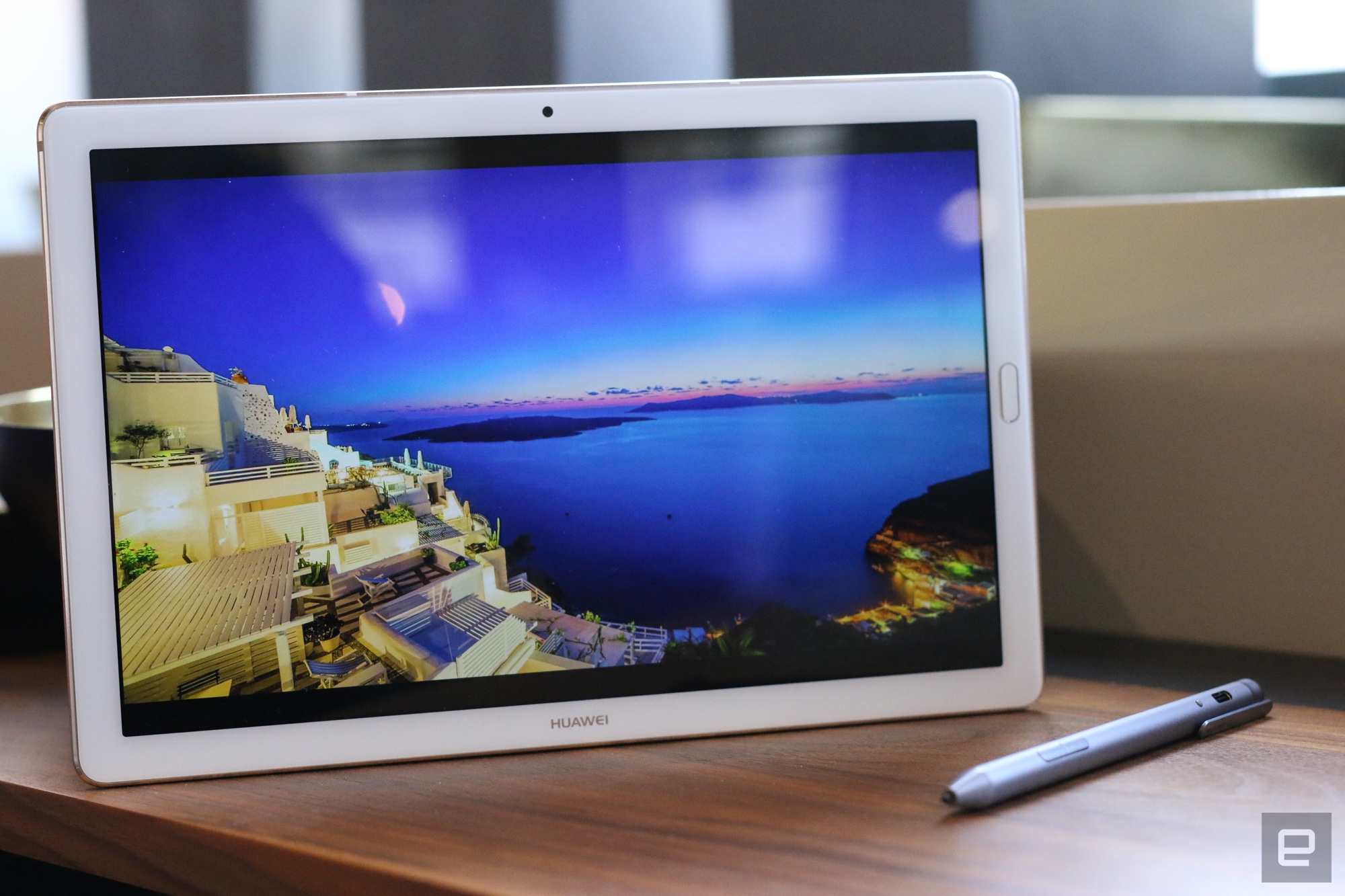 You’d be forgiven for thinking that premium Android tablets were on the way out. While you’ll see occasional high-end entries like the Galaxy Tab S3, many are low-cost slates that don’t exactly push the boundaries of design. Huawei, however, wants to keep that torch alive — it’s unveiling the MediaPad M5, which promises a few flourishes you don’t usually see in tablets. Its 8.4- and 10.8-inch variants are reportedly the first tablets to tout “2.5D” curved glass screens. That promises both improved viewing and a “great hand-feel,” according to Huawei, although it certainly doesn’t hurt that they’re posh-looking at the same time.