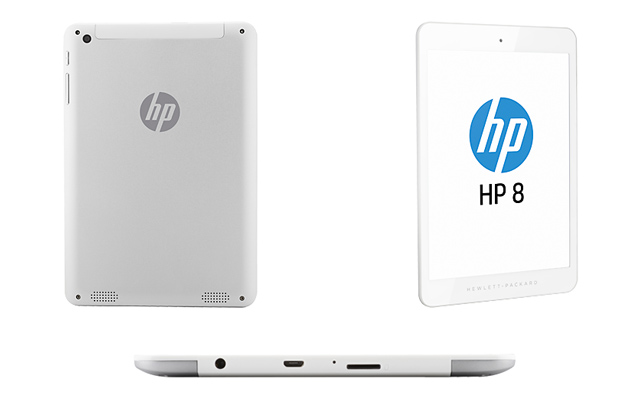 Hewlett Packard is trying to pull off a flanking maneuver on the Android market, through low-profile launches of low-cost devices. We recently came across the company’s VoiceTab phablets during a side-show at Mobile World Congress, and now we’re looking at a more traditional 7.85-inch tablet called the HP 8. In return for $170, you’ll get a plain-looking device that, aesthetically, has more in common with last year’s Slate 7 than with the faux-metal VoiceTabs. However, since we’re making comparisons, we should also point out that the HP 8 has a worse display than both the Slate 7 and Dell’s rival Venue 8, with fewer pixels (1,024 x 768) spread out over a larger area. The software and internals seem functional enough, though: Android 4.2.2 running on a quad-core ARM chip made by the Chinese company Allwinner, with 1GB of RAM, 16GB of expandable storage, stereo speakers, and a just-about-okay 3,800mAh battery that promises up to seven hours of use.