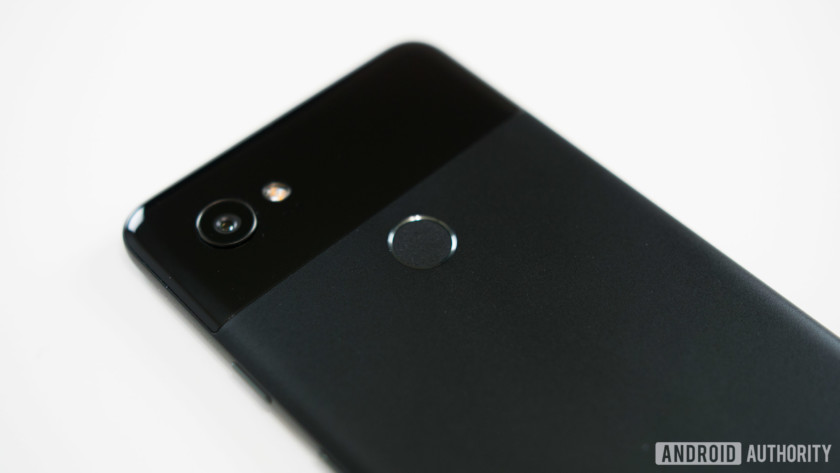 Google appears to be running a new promotion that knocks 20 percent off the price of the Pixel 2 or Pixel 2 XL. Unfortunately, the offer is only open to “loyal Nexus owners” that have seemingly been handpicked by Google.

News of the deal began circulating on Reddit and via Android Police readers earlier today after a number of users opened their inbox and found an email with the subject line “20% off Pixel 2, just for you”. 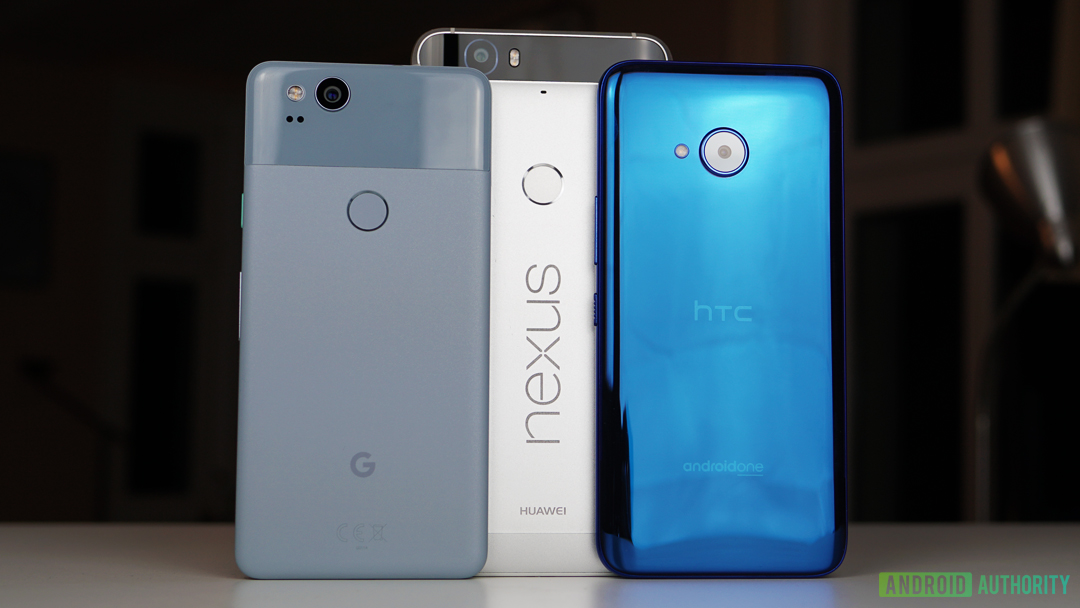 When Google abandoned the Nexus program a lot of its die-hard fans wanted to know why. Even when the Pixel series first emerged, many of us were still scratching our heads. Now, with the 20/20 …

The first line of the email states that the offer is Google’s way of saying thank you for being a Nexus owner. You can see this in the screenshot below.

If you’ve been lucky enough to receive the email, you have until February 28th to redeem the discount via Google’s online store. As this is automatically applied at checkout, you won’t be able to transfer the saving to another person, although I suppose you could buy one for a (trustworthy) friend or family member and get them to pay you back. 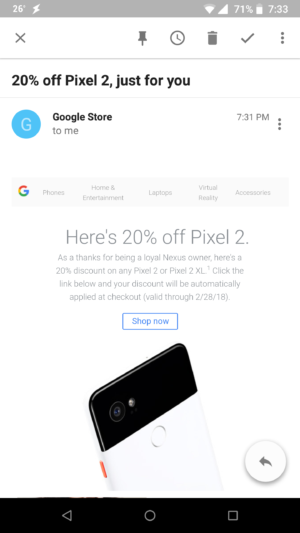 There’s no disputing that this is a fantastic offer, but the actual eligibility criteria is something of a mystery.

For starters, it seems that only consumers in the US have received emails. This has understandably upset former or current Nexus users in other regions. There’s certainly no sign of a promo email in my inbox over here in the UK. That’s despite me having bought a Nexus 4, 5, and 6.

Likewise, some users from the US, many of whom claim to have owned a least two or three Nexus devices in the past, have also apparently missed out on the offer, while some others with only a single Nexus phone to their name have received the email.

Have you been deemed to be a “loyal Nexus owner”? Let us know in the comments.