We can all admit to at least a few points that would end up in the Android Market’s “needs improvement” column, but that doesn’t change the fact that it is fastly growing as a source for mobile software that could soon rival iOS in terms of number of apps available. With their latest figures mobile app store analytics firm Distimo is breaking down just how the pricing of the over 60,000 apps available breaks down, and compared to all others Android offers an overwhelming amount of free applications. 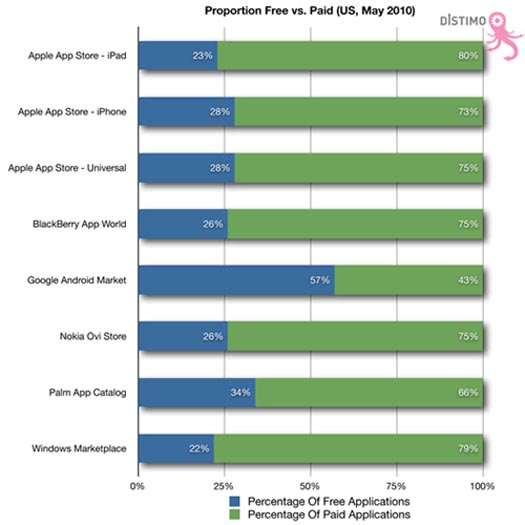 With 57 percent of apps found in the Android Market available at no charge, the number is not only the majority for Android but also of all mobile operating systems. Take the figure as you will, however, as a lack of moderation (for better or worse) by Google means the number of hobbyist developers who can release their software built up on the open source code of Android definitely contributes to the drastic difference compared to the iPhones 28 percent free apps. 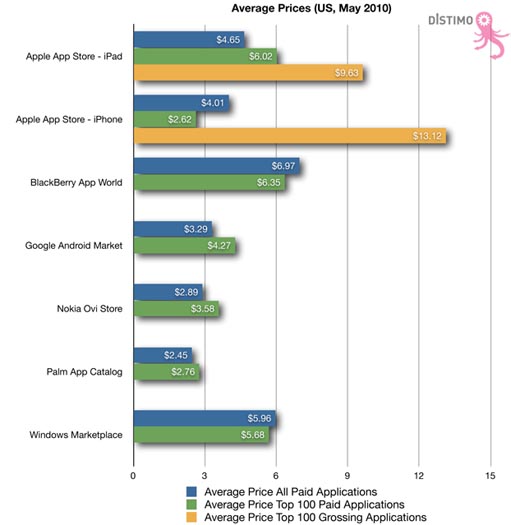 Other data also shows that the average price of apps in the Android Market sits at $3.29, and $4.27 for apps ranked in the top 100. That still comes in cheaper than the Apple App Stores average prices of right around four dollars, though the top ranked apps come in at an average premium of just about two dollars less.