Exclusive! The WiiPad is on the way.

I’ve been talking back and forth with the CEO of WiiPad Technology International Ltd, and he has been telling me about his upcoming product: The WiiPad launches in the next few weeks and it’s going to up the ante in the Android Tablet market. An Android 2.1 device that will play HD video flawlessly isn’t something to sneeze at, yet. 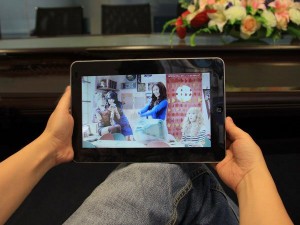 This time around, the iPad clone matches the original in size as well as styling, and being larger than all of the existing tablets out there, this 10.2″ touch screen device will hopefully raise the bar higher in Shenzhen. Already previewed by video, it shows that the 1ghz ARM Cortex A8-powered tablet will be able to run WinCE and Android almost flawlessly. Flash apparently is to be included, too.

There are literally dozens of tablets out there, but almost all are underwhelming in some way, and none come close to what is packed inside this upcoming device. We can only hope that the quality control is good, as it looks like the manufacturer in China really wants to make an impact with this one.

While the video shows a rather wavy resistive touch screen, it is rumored (but not confirmed) that the factory will be bringing out a capacitive touch-screen version in the future. It could also be that the demo units were put together using the cheapest components possible, a resistive touch screen being one of them. In any case, time will tell. 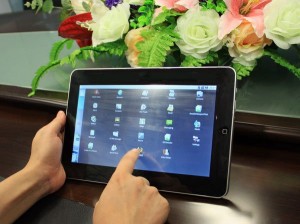 The ample screen size certainly will make a difference in end-user reception, and it should really make it worthwhile to use as a do-everything daily device. It will be able to handle almost anything you can throw at it, with a minimum 2gb of flash memory installed, and 256 of onboard ram to run all the software you want. Lets not forget, you can always add-on more with an SD card. The processor, the Cortex A8, is already found in millions of consumer devices, and is well suited for performance on demand while utilizing less than 300mW of power. Running at 1Ghz, it will most likely meet the needs of even the most enthusiastic Android users, and coupled with the larger screen it will make gaming much more interesting than on a standard phone.

It will ship with a USB host device built into the side, in both standard and mini formats. It has built-in wireless, obviously, and you have the option to add-on a 3G module, and it reportedly will work with most Huawei internet sticks, much like the ones you purchase from your favorite cellphone providers. It has two speakers built-in, as well as a mic and headphone jacks, meaning if you’re on a plane you won’t have to worry about bothering your neighbors. That won’t stop them from bothering you, however, if they want to take a peek at what you’re playing with. While I’m on the topic of planes, the 2500mAH battery will apparently last you about 7 hours with Wifi off, and 5 hours with Wifi on – which means if you’re on a Delta or Virgin flight, and you’re using their on-board wireless, you had better hope that it’s not a long flight. 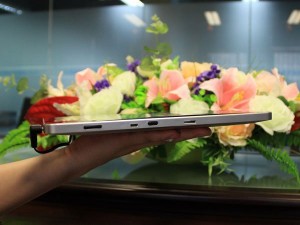 Size-wise, this tablet is 25mm thin – which is twice the thickness of the iPad. Not exactly a good way to start off in the market, being labelled the “big cousin” to the iPad (in the way kids would point and laugh), but at least for the first iteration of the device, it will bring most of what users are looking for. I’ll keep you updated with more information in the near future, and do a full review once my tester arrives. The good news is he has promised some devices for a giveaway, too!

This puts a better spin on my experiences with Chinese suppliers, as up until now I’ve had nothing but headaches dealing with them. They really don’t know why they can’t tap the North American market, either. 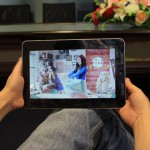 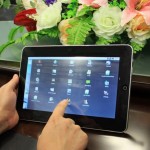 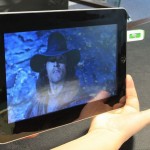 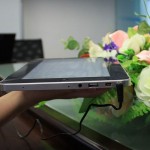 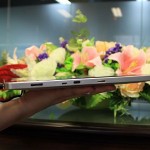