Epic Games, best known as the creators of the Unreal Tournament and Gears of War franchises, has announced a new title for PC, iOS and Android with cross-platform multiplayer support. The game, Battle Breakers, is a tactical turn-based RPG that’s inspired in part by the colorful Saturday morning TV cartoons of the 1980s.

Epic says the game will let players choose from hundreds of hero characters, which can be used to form teams full of “ninjas, knights, robots, and talking dinosaurs”.  These teams have to fight off monsters from space that have decided to invade our planet. Heroes can evolve and gain new abilities after each enemy encounter and smash crystals in order to gain more rewards. The game has already soft-launched in the Philippines, and will be released worldwide sometime later this year. 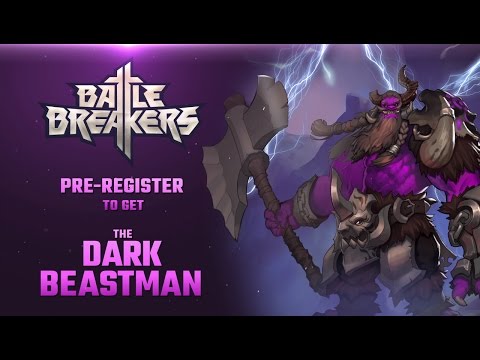 You can go ahead and pre-register for Battle Breakers right now in the Google Play Store, and by so doing you will get immediate access to the Dark Beastman hero character when the game launches.

You may remember that back in November 2015, Epic’s Chair Entertainment team announced plans to make another mobile game, Spyjinx, in collaboration with Bad Robot, the Hollywood production company founded by famed writer and director J.J. Abrams. There’s been little to no news about Spyjinx since that time.

In a new interview at VentureBeat, Donald Mustard, the head of Chair and Epic’s overall creative director, offered a vague update, stating that development on Spyjinx is “going extremely well” and that announcements about the title will be made sometime this year. Knowing how Abrams likes to sometimes keep projects a secret until they are about ready to be launched, we could get a reveal at any time.