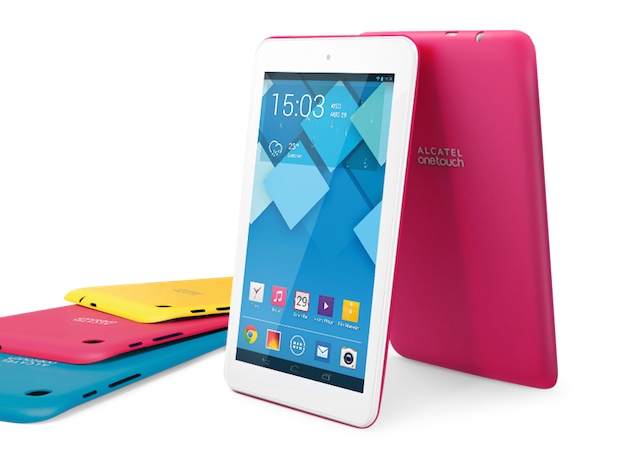 When Vodafone announced its first own-brand LTE tablet, the £125 Smart Tab 4G, earlier this week, it suddenly made EE’s £209 Eagle look a little pricey. Knowing that cost is key in the lead-up to Christmas, the UK’s biggest carrier isn’t resting on its laurels and has shot back a its rival by pricing its latest 4G tablet even lower. At £99, the vibrant Alcatel ONE TOUCH Pop 7S, is the UK’s most affordable pay-as-you-go 4G slate, according to EE, and comes with a 7-inch WSVGA 1024 x 600 display, Android 4.3 (Android 4.4 KitKat available via an OTA update), a quad-core 1.2GHz Qualcomm MSM8926 processor, 1GB of RAM, 3-megapixel rear and 0.3 front facing cameras, 8GB storage (with microSD support) and a 3240 mAh battery. The operator will also throw in 100MB of free data every month with every 4G tablet bought between now and January 31st, sweetening the deal for parents or bargain hunters looking for a cheap connected tablet.