If you live in Canada, Australia, the Philippines, and Indonesia, you can now download and play Dynasty Warriors: Unleashed. The soft launch of the mobile game, based on the popular Koei console action game franchise, is now available in all those countries in their respective local Google Play Store. 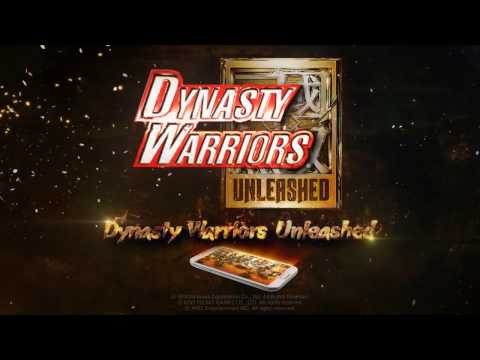 Based on the teaser trailer, it looks like the game borrows much of the fast gameplay from the console Dynasty Warriors series. Players will be able to select specific hero characters and have them battle with multiple enemies at once with special weapons and attacks. The game is supposed to feature over 80 characters from all versions of the Dynasty Warriors universe.

In addition to single player modes, the game supports co-op gameplay with up to three other players. You can also jump in with your friends to combat the many major boss enemies as well. There are also online competitive modes, where players try to take control of the game map from others and steal items from opponents in raid battles.

Again, Dynasty Warriors: Unleashed is only available in the four soft-launch countries, as Koei and the game’s mobile publisher Nexon try to improve the title before it is made available worldwide. Be away the game is a free-to-play title, with support for in-app purchases. If you are in one of those countries, what are your impressions of the game? Let us know in the comments!

Get it at Google Play