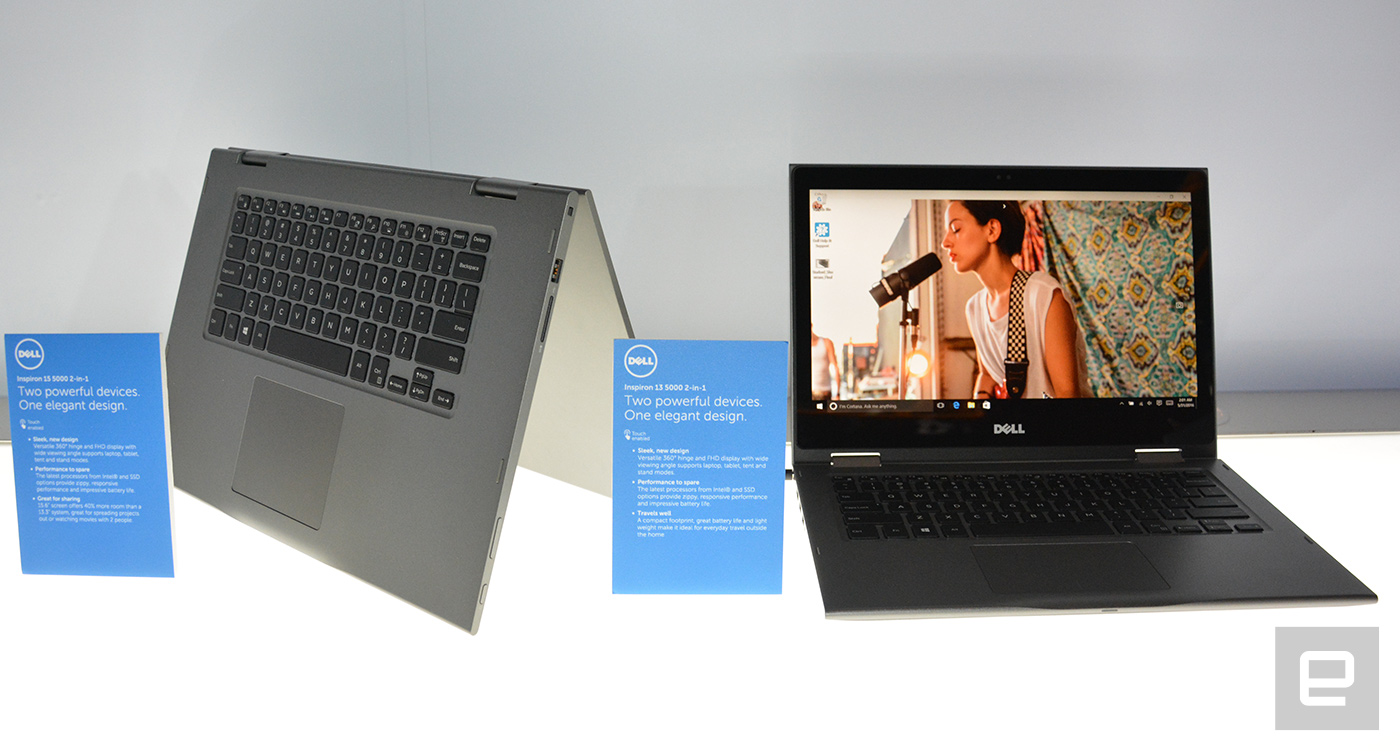 It’s no secret that the PC market is shrinking due to the onslaught of smartphones and tablets, but if you ask Dell, it’s apparently bucking the trend thanks to its 2-in-1 notebooks and gaming laptops. At Computex, Executive Director Monty Wong told us that Dell saw 13 consecutive quarters of increasing PC market share, to the point where it overtook HP as the number one PC brand in the US back in Q1, according to IDC. As such, it’s no surprise that this PC giant has put in more effort to drive its convertible laptop momentum at this year’s show, ranging from the world’s first 17-inch 2-in-1 all the way down to a $249 11-inch device. Let’s take a closer look at them.