Deal: Get a new Samsung DeX Pad for only $38 shipped 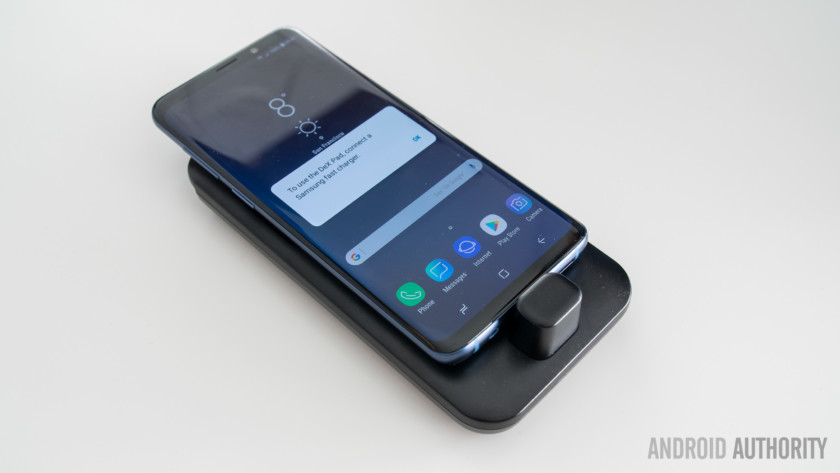 The Samsung DeX Pad may seem like a silly thing or the coolest thing ever, depending on what you do with your phone. If you think it’s a cool gadget, well today you’re in luck: we have a Samsung DeX Pad deal that gets you a brand new unit shipped directly from Samsung for only $38.

The Samsung DeX Pad deal likely won’t last long, so if you’re at all interested in this we suggest you head there now!

For those of you who don’t know what a DeX Pad is, we’ll fill you in. When you hook up your compatible Samsung smartphone to the DeX Pad it enables you to have a desktop experience using your smartphone as a kind of PC. The DeX Pad has ports that enable you to attach monitors, a mouse, a keyboard, etc., and the Samsung DeX experience gives you a very familiar PC-like workstation.

Using Samsung DeX as a PC for a week – can you really leave your computer behind?

Maybe I’m a tech masochist with a passion for frustration and struggles, but somehow I always find myself volunteering for these sorts of experiments – the kind you never really expect to work out as …

Theoretically, the DeX Pad could enable you to not need a laptop and instead just place your phone on the Pad and get to work.

Android Authority’s own Edgar Cervantes used the original DeX as a PC replacement for a week. While his takeaway was that DeX still had a ways to go before he would ditch his computer for good, he did surprisingly well on the system, and this Samsung DeX Pad deal is for the more advanced version of the original DeX.

Click the button below to grab your Samsung DeX Pad now!

get this samsung dex pad deal