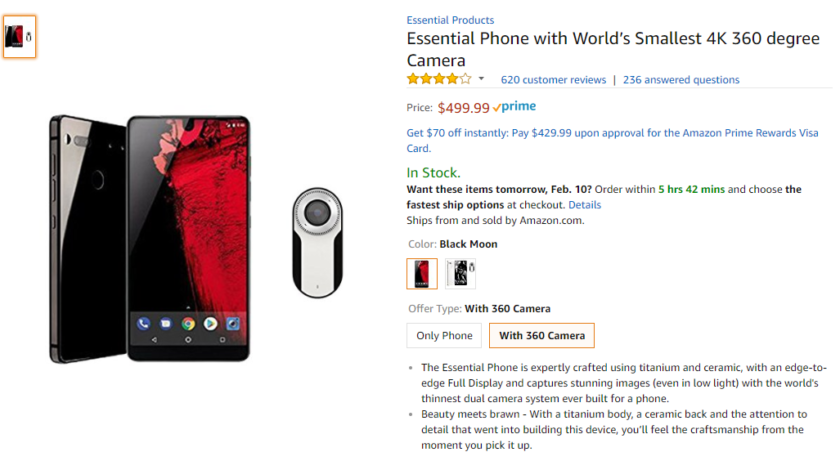 When Essential announced that it was permanently dropping the price of the Essential Phone by $200, many opined that it was the death knell of the upstart company. But the company explained that it intends to get the phone into as many hands as possible, as once you actually use the phone, you realize how amazing it is.

It appears the company wasn’t just blowing smoke because now there’s an incredible deal (via Phone Arena) on the phone available via Amazon.com: the Essential PH-1 for $499 with a free 4K 360-degree attachable camera mod (a $179 value), or the Essential PH-1 on its own for $449, a $50 discount on the standard price.

While it isn’t as good a deal as the Cyber Monday one last year, it’s still an amazing bundle price. There are no details on how long the offer will last, but it’s better to be safe than sorry if you’re keen. Hit the button at the bottom of this article to head over to Amazon listing.

Just to be clear, this deal is for the unlocked version of the phone, which means you can use it on any carrier in the U.S. There really is no caveat here: for $499, you get one of the most beautiful flagships on the market, unlocked, with a free camera mod. 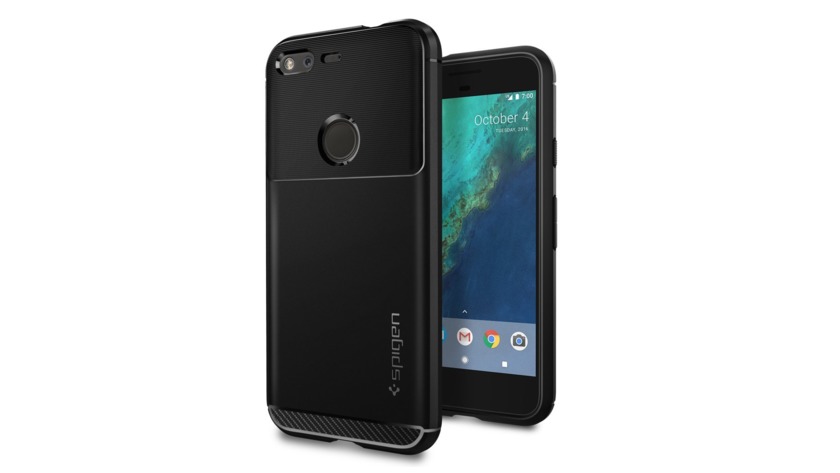 With a lot of current generation smartphones featuring metal or glass build materials, keeping them safe from accidental bumps and drops and in pristine condition can be a difficult task for some. A good case …

Essential came onto the smartphone scene with some serious pedigree behind it: Andy Rubin, the CEO, is the “grandfather” of Android, having been the head of its original development. With his name attached to the brand, expectations were sky high for the company’s first device, and those expectations soared even higher when it revealed that the phone would have an edge-to-edge display and made of “unbreakable” titanium.

Disappointment followed, however, when Essential delayed the release of the phone several times, the “unbreakable” claim didn’t stand up to testing, and Andy Rubin himself landed in some hot water when allegations of an “inappropriate relationship” forced him into a temporary leave-of-absence.

But the Essential Phone still earned high marks from review sites, including here at Android Authority, and smartphone fans are eagerly awaiting the announcement of a second-generation Essential phone, hopefully sometime this year.