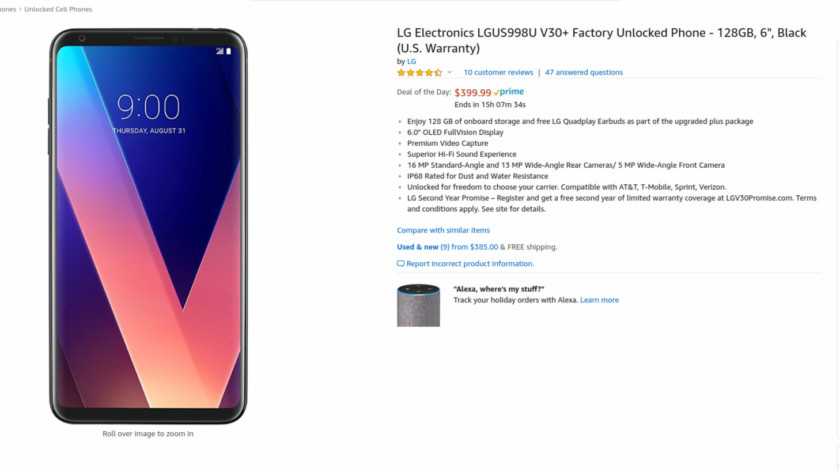 Even though Black Friday is less than two weeks away, that’s not stopping Amazon from offering the LG V30 Plus and Moto G6 at pretty steep discounts.

Starting with the LG V30 Plus, the discount knocks $280 off the phone’s already-discounted $680 price tag. Keep in mind that the V30 Plus was LG’s best offering up until a month ago, even if some of its specs are a bit dated.

As a refresher, the V30 Plus features a 6-inch OLED display with 2,880 x 1,440 resolution, dual 16- and 13-megapixel rear cameras, Snapdragon 835 processor, 4GB of RAM, 128GB of expandable storage, and a 3,300mAh battery. The V30 Plus also received its Android Oreo update and features an IP68 rating for water and dust resistance.

The V30 Plus is part of Amazon’s Deal of the Day, so its $400 price tag is only in effect for another 14 hours and five minutes as of this writing. 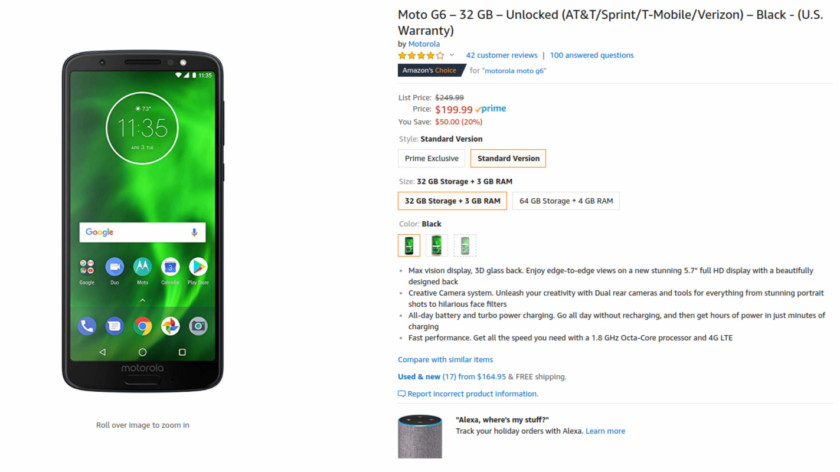 Next up is the Moto G6, which normally goes for $250 and now goes for $200. This is the standard version, which is separate from the Prime Exclusive version and does not feature pre-installed Amazon apps.

Best Android phones (November 2018): Our picks, plus a giveaway

With Android thoroughly dominating the mobile industry, picking the best Android phones is almost synonymous with choosing the best smartphones, period. While Android phones have few real opponents on other platforms, internal competition is incredibly …

Unlike the V30 Plus, the Moto G6 is not part of Amazon’s Deal of the Day. As such, we do not know when Amazon will nix the phone’s $50 discount. If you are looking for an affordable Android smartphone that gets the job done and not much else, pick up the Moto G6 at the link below.