OnePlus 6T: Best UK deals and where to buy

The launch of the OnePlus 6T was one of the highlights of October’s #phonepocalypse and there are already some great deals for U.K. buyers on the Chinese brand’s latest ‘flagship killer’.

https://www.youtube.com/watch?v=Tto72YWsMV8&feature=youtu.be
Buy OnePlus 6T
The #phonepocalypse is nearly over, but OnePlus wants to close out this year’s smartphone silly season on a high with the OnePlus 6T.

Between headphone jack drama and launch date hopskotch, there’s been a …

If you’re not sure if the OnePlus 6 successor is the phone for you, be sure to check out our in-depth OnePlus 6T review, our hands-on video above, and all the rest of our OnePlus 6T content via the links throughout this post.

For those all ready to “Never Settle,” below is the price, release date, and best OnePlus 6T deals in the U.K.

Best accessories for the OnePlus 6T:

The OnePlus 6T was announced on October 29 at an event in New York. It later went on sale in the U.K. and various regions around the world on November 1.

The OnePlus 6T comes in three configurations with different pricing and color options. Here are the models currently on sale and their unlocked (SIM-free) prices:

It’s also worth noting that the Thunder Purple OnePlus 6T will launch on November 15. This third colorway comes with 8GB RAM/128GB Storage and is priced at 529 pounds. 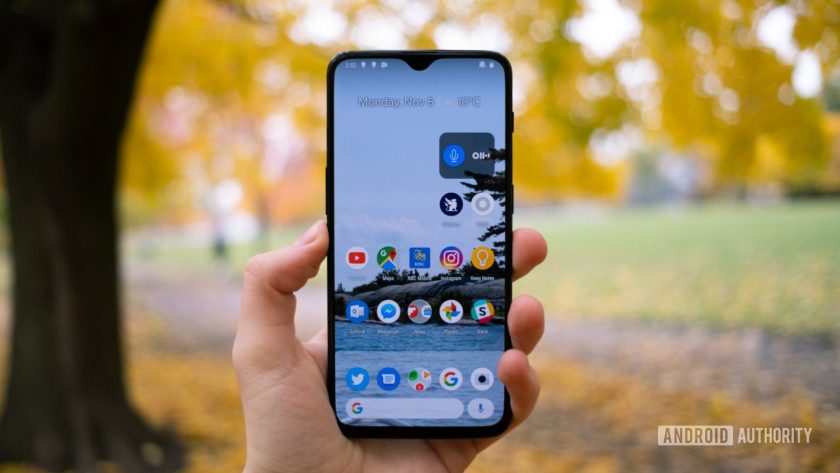 At just 499 pounds for the base model, you’re already getting a pretty amazing deal on a phone that features 6GB of RAM, Qualcomm’s top-end Snapdragon 845 SoC, an in-display fingerprint sensor, and much more. Finding a lower SIM-free price may be difficult this close to the phone’s retail debut, but if you fancy searching for a discount, be sure to check out our comprehensive U.K. smartphone buyers guide.

As well as OnePlus’ store, the OnePlus 6T can also be purchased unlocked via Amazon U.K., John Lewis, and Carphone Warehouse.

O2 offers custom contracts with a minimum three month term and a maximum of 36 months. Changing the data, upfront fee, or contract term can be done at checkout, however this will impact the overall cost.

Three does not stock the OnePlus 6T.

Carphone Warehouse and its sister site Mobiles.co.uk are offering a variety of contract deals on the OnePlus 6T.

You can check out the offers at Carphone Warehouse and Mobiles.co.uk by hitting the buttons below.

Have you seen an amazing OnePlus 6T deal? Let us know in the comments below.