Bypass Factory Reset Protection on most Motorola phones with this tool

Google launched Factory Reset Protection (FRP) in 2014 as a way to deter phone theft. The feature, first available on Lollipop, was supposed to make it impossible to bypass lock screen protection by simply resetting ill-gotten devices.

In practice, FRP proved ridiculously easy to break, and in some cases, all you needed in order to “hack” your way into a supposedly protected device was a little patience.

Exploits methods for a number of devices – including Nexus, LG, and Samsung phones – were publicized by RootJunky, a YouTuber and Android developer and modder. Now he’s back with a tool that lets you bypass Factory Reset Protection on most Motorola devices running Android 5.1 or higher.

The tool, called MotoReaper, injects an exploit into the target device. The process, which requires connecting the phone to a PC, involves a few simple steps that are outlined in the video below. 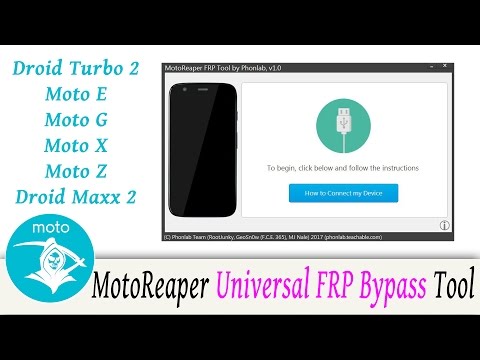 After completing the process, you will be able to use the locked device without entering the credentials of the original account, even with phones that were not rooted or bootloader-unlocked.

You can download MotoReaper, which was co-developed with a security researcher going by the name of GeoSnOw, by clicking the button below.

Let’s hope Google and manufacturers step up their game here.