Smartwatches are still a very new thing to a lot of people, and for good reason. You don’t absolutely need one to get through the day, and some of the best smartwatches are much too expensive for many folks out there. With that said, they are good for a lot of things. They can provide you with an easy way to get information, allow you to dismiss or reply to new messages without having to pull out your phone, and much more.

Now, we’ve already rounded up some of the best Android Wear watches and fitness trackers you can buy, but what about the other wearables that are worth considering? With so many smartwatches on the market, we understand choosing the right one can be a bit daunting. We’re here to help!

Here are the best smartwatches you can buy right now.

Alongside the launch of Android Wear 2.0, Google and LG took the wraps off two new smartwatches to showcase the big update. The higher-end of the two is the LG Watch Sport, and it’s currently the best smartwatch you can buy right now.

The Watch Sport has basically every feature you’d want in a smartwatch – a big AMOLED display, built-in GPS, an optical heart rate monitor, LTE connectivity, an IP68 water resistance rating, as well as support for Android Pay. The main button on the right side of the device also acts as a way to scroll through menus in Android Wear, which allows for a much faster and more robust navigation experience.

It’s a bit pricey at $349, but we think it’s worth the money. If you’re interested in learning more, be sure to check out our LG Watch Sport review attached below. 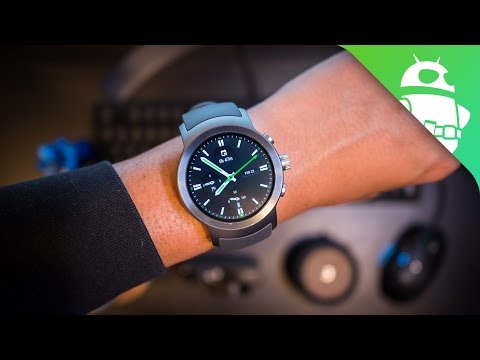 As previously mentioned, the LG Watch Style was also unveiled alongside Android Wear 2.0. It’s not as feature packed as the Watch Sport, but it’s still a great option if you’re looking for a cheaper, less bulky smartwatch running Android Wear 2.0.

Unlike the Sport model, the Watch Style does not feature NFC for mobile payments, nor does it come with a built-in GPS, LTE connectivity or a heart rate sensor. While those omissions might seem like a big deal for some people, it’s worth noting that not everyone wants a big, bulky watch with a ton of features. The LG Watch Style is just that – a stylish, well-performing showcase for Android Wear 2.0 that doesn’t try to do too much. It’s a great smartwatch, and one you should definitely consider if the current crop of Android Wear devices are just too big for your wrists.

Samsung’s Gear S2 smartwatch from 2015 was a very impressive offering, and now the company is back with yet another pair of Tizen-powered smartwatches, the Gear S3 Classic and Gear S3 Frontier! Featuring the same great rotating bezel, an all-new design and many more enhancements, these new wearables are definitely a step in the right direction.

Whether you’re looking for a more classy or sporty look, the Gear S3 line probably has something for you. The Classic model is geared towards folks who want to wear their watch to work or out on the town. It should be noted that the Classic version does not come with LTE connectivity, though, so you’ll need to be paired with a smartphone if you want to receive notifications on your wrist. If you’re looking for something a bit more rugged that features LTE connectivity, the Frontier version is the watch for you. Both models also come with an IP68 rating for dust and water resistance, as well as big 380mAh batteries and 1.3-inch Super AMOLED displays. 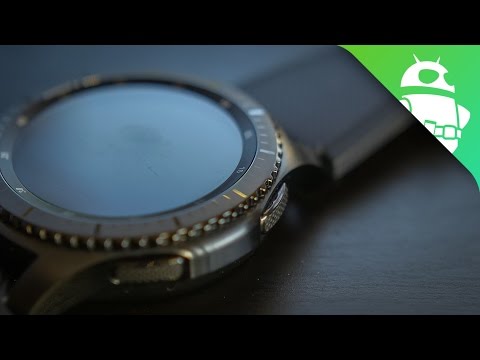 The original Moto 360 was one of the best Android Wear watches around for quite some time, and now its successor is also at the top of the list.

The Motorola Moto 360 (2nd Gen.) has a bigger battery than its predecessor, a Snapdragon 400 processor and comes in two different sizes to fit more users’ wrists. You’ll even be able to customize it with Moto Maker. Overall, the biggest advantages the new Moto 360 brings to the table are the refreshed processing package, a customizable design and the addition of lugs that will make it much easier to swap out watch bands.

We should also note that if you’re more of a fitness-oriented person, the Moto 360 Sport is also a great option. It’s cheaper than the standard Moto 360, and comes with a large array of fitness tracking features. 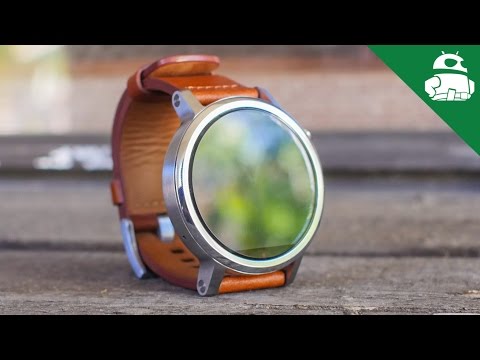 I know, I know. This is an Apple product. And we only like Android products here, right?

The Apple Watch Series 2 is a really nice smartwatch that does exactly what it should. It’ll give you quick access to notifications, allow you to pay with your wrist, give you turn-by-turn directions, and it’s a decent fitness tracker. And in terms of design, it doesn’t feel like Apple cut too many corners with the overall look and feel of the device. Even the Sport model (the cheapest one of the bunch) feels like a well-built piece of hardware.

There are a few downsides to the Watch, though. Battery life isn’t stellar, and oftentimes the interface can get really confusing. It’s a solid second attempt at a smartwatch, sure, but Apple still has a lot of work to do.

The Apple Watch Series 2 is on the pricier side of the smartwatch landscape at around $369, but you might be lucky enough to find a refurbished model for less than that on Amazon or eBay. 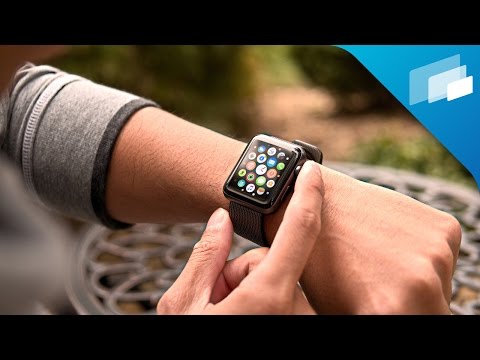