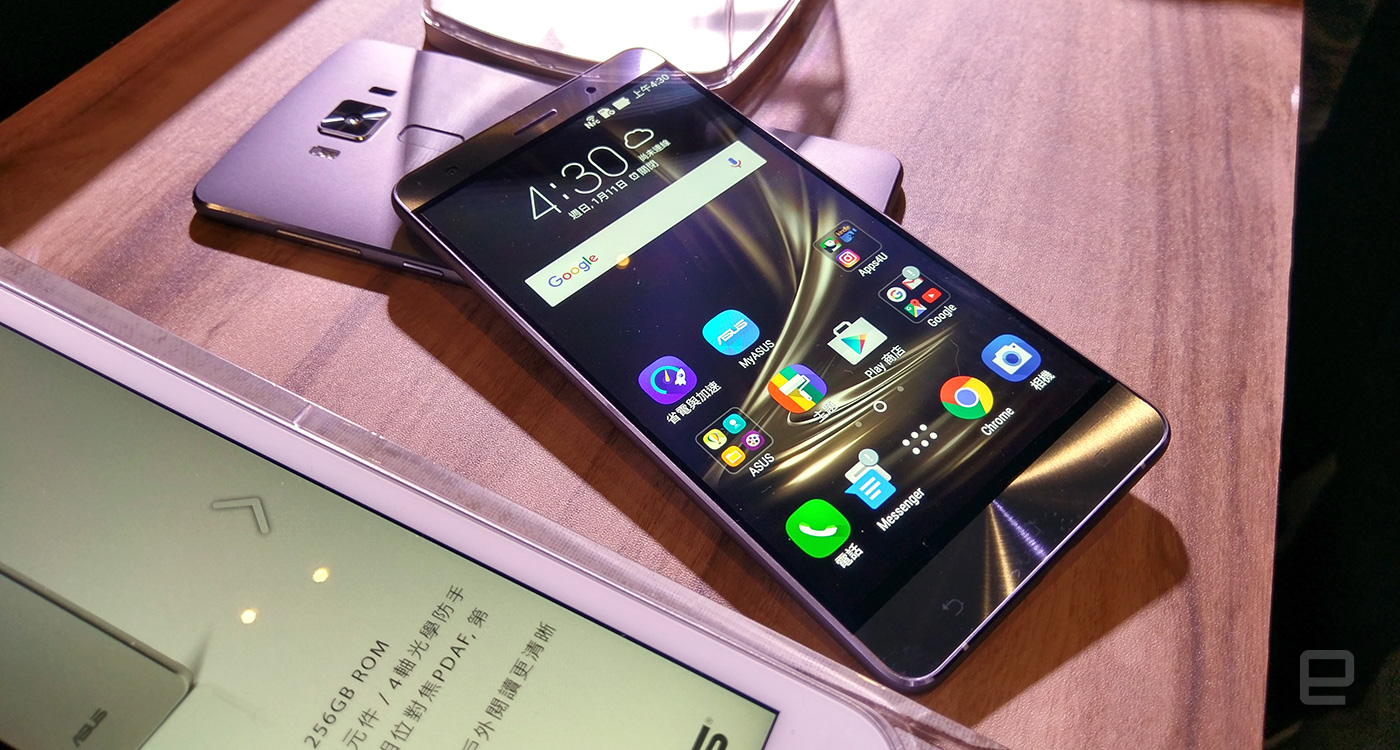 We knew it wouldn’t be long before ASUS rolls out its latest smartphones after the Computex unveiling, but it turns out the company has saved a little surprise for us. At the Taiwan and Hong Kong launch event today, ASUS revealed that its flagship 5.7-inch ZenFone 3 Deluxe has been given a chipset upgrade — from Snapdragon 820 to the speedier Snapdragon 821 announced yesterday. And yes, it’s officially the world’s first device to feature this 2.4GHz processor, while still benefiting from the same old Cat 13 LTE radio, a slightly faster Adreno 530 GPU, dual-SIM support (Micro SIM plus Nano SIM) and Quick Charge 3.0.