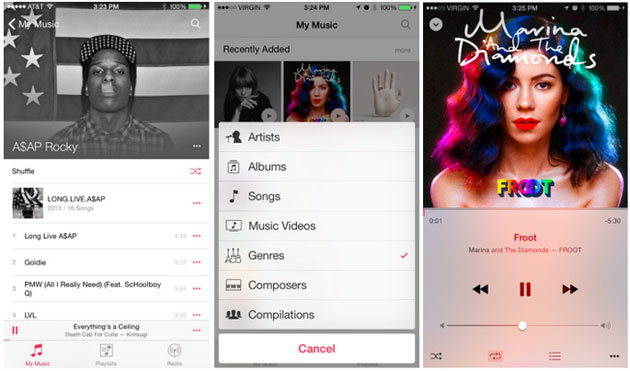 Think that iOS’ music player is overdue for a remake? You’re going to get your wish. Apple has released the first iOS 8.4 beta to developers, and its centerpiece is a shiny, new Music app. The refresh includes at least a few long-sought changes, including some borrowed from iTunes: There’s a mini player that sticks around while you’re browsing, global search and an “Up Next” song queue. You’ll also see a sleeker iTunes Radio interface that helps you discover new tracks. There’s no sign of the Beats-based music service rumored to come alongside 8.4, but that’s not supposed to show up until Apple’s developer conference at the earliest — if it exists, it’s probably going to stay under wraps for a little while.

Update: For a look at the new app in action, check out a video hands-on from Youtuber DetroitBORG embedded after the break.