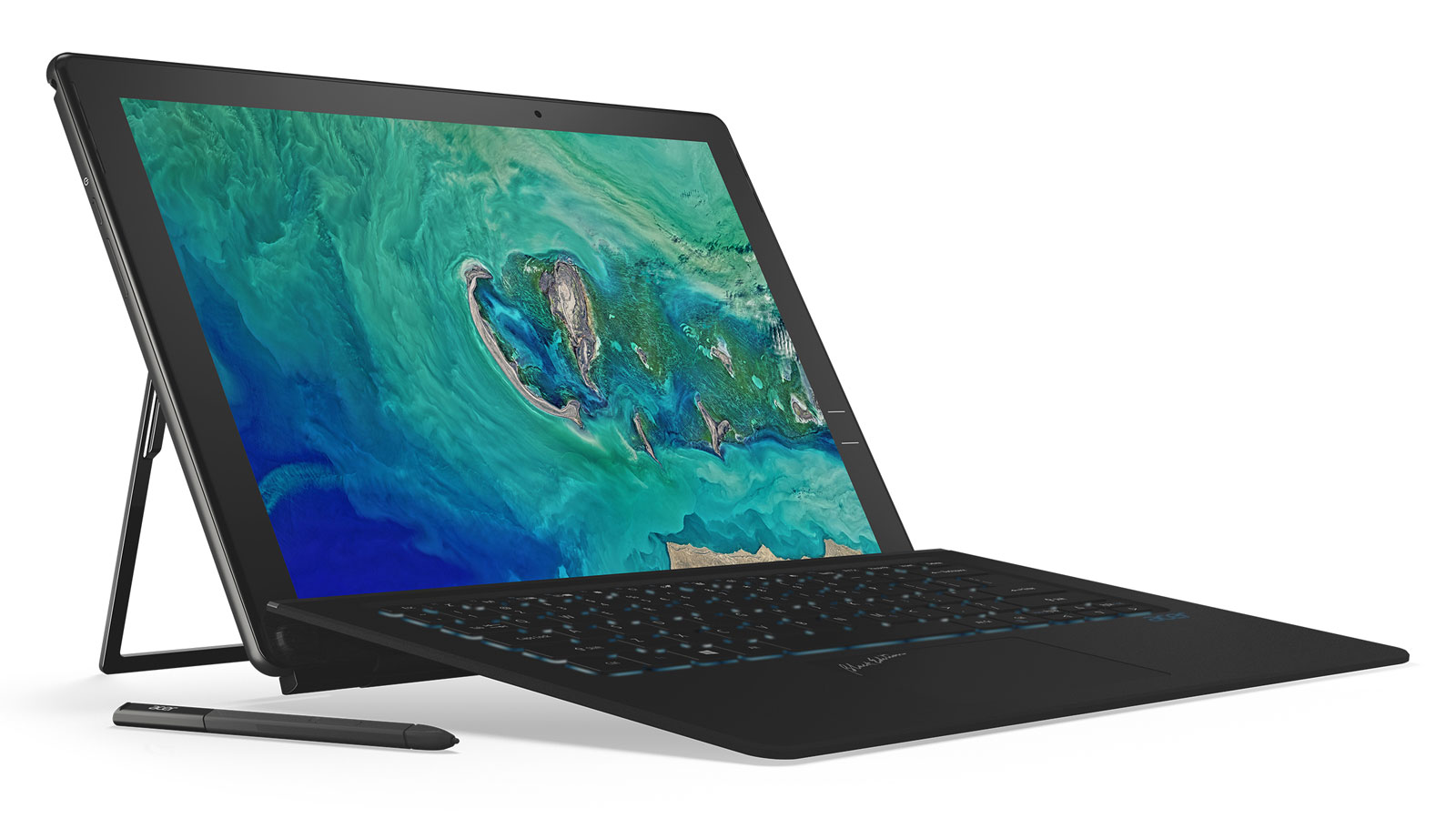 Acer’s Switch 5 tablet wasn’t something to write home about. The kickstand was clever, but what else was there to lure you away from, say, a Surface Pro? The company has a better answer today. It’s launching a slew of new PCs at IFA 2017, and the headliner has to be the Switch 7 Black Edition. While the 13.5-inch slate is larger and heavier (2.5lbs) than the Switch 5, it’s also the first fanless 2-in-1 to pack dedicated graphics — in this case NVIDIA’s GeForce MX150. You probably won’t be playing Destiny 2 on this machine, but the extra visual oomph should help with video streaming and creative apps while giving you enough peace and quiet to concentrate.