Welcome to the 183rd edition of Android Apps Weekly! Here are the biggest headlines from the last week:

For even more Android apps and games news, updates, and releases, check out this week’s newsletter by clicking here! There you can find the stuff we didn’t have time for here. That includes some news about Waze and Spotify teaming up, screenshots of the upcoming Guardians of the Galaxy game from Telltale, and more! You can sign up for the newsletter using the form below and we’ll ship the newsletter to you every Sunday! Also, don’t forget to check out the Android Authority app for even faster updates! Price: Free
DOWNLOAD ON GOOGLE PLAY
Dubspace is a free shooting game. The idea is to play as a dude who floats around in space. You have to shoot bad guys that show up, avoid obstacles, and move around as best as you can. You shoot to move and sometimes you have to wait to reload. It also features some pretty decent dubstep music so we recommend checking it out with headphones. The game is completely free to play with no in-app purchases. That makes it a good choice for those on a budget.
DOWNLOAD ON GOOGLE PLAY Price: Free
DOWNLOAD ON GOOGLE PLAY
Supersonic is a new messaging app that uses your voice. It will listen to what you say and then convert it into text. That text is then sent to the recipient. It’s a fun little app and will do quirky things like change words to emoji when the situation calls for it. People can also just listen to the message if they want to. It’s a new app so there are some bugs here and there. We’ve seen some complaining about the contact management features as well. However, it’s worth a shot if this sounds like your sort of thing.
DOWNLOAD ON GOOGLE PLAY Price: $0.99
DOWNLOAD ON GOOGLE PLAY
Ghosts’n Goblins is a port of the classic 1985 arcade game of the same name. It’s made by Capcom and unlike the broken Mega Man ports, this one works pretty well. It’s a side-scrolling platformer where you’ll have to run, jump, and fight your way passed obstacles. You’ll also have a casual game mode in case you want to play on an easier setting. There is support for Google Play Games services as well. It’s a tough old arcade game, but we had a lot of fun with it. It’s $0.99 with no in-app purchases.
DOWNLOAD ON GOOGLE PLAY Price: Free
DOWNLOAD ON GOOGLE PLAY
Hangouts Meet is one of two new Google apps to augment Google Hangouts. This one is a conferencing app where you can create and join meetings with coworkers. It supports up to 30 participants, it’s fairly easy to use, and you can turn off video and just use your voice if you want to. The basic functionality is available for free although you will need a G Suite enabled account to use all of the features. It’s free to download if you want to try it out.
DOWNLOAD ON GOOGLE PLAY Price: $3.99
DOWNLOAD ON GOOGLE PLAY
Clue is the classic board game that many of us remember from our childhood. For those who somehow don’t know, Clue is the game where you have to figure out who committed the murder, which room of the house it was in, and what weapon they used. This is a pretty faithful recreation and most haven’t had any problems with it. There are a few improvements that could be made, but overall it’s a solid experience. You can pick it up for $3.99 with no in-app purchases.
DOWNLOAD ON GOOGLE PLAY 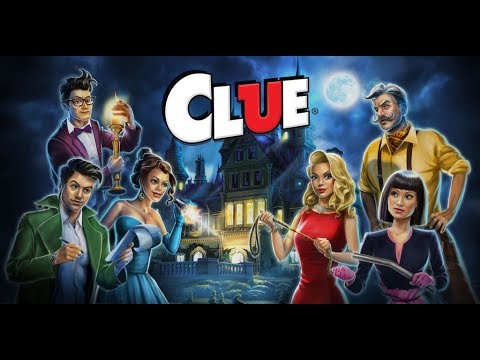 15 best board games for Android

Thank you all for reading! If we missed any big Android apps or games news, tell us about it in the comments below! Don’t forget to check back next week for the next edition as well.