Welcome to the 178th edition of Android Apps Weekly! Here are the headlines from the last week:

For even more Android apps and games news, releases, and updates, check out this week’s newsletter by clicking here! There you can find even more information that we didn’t have time for here. You can sign up for the newsletter using the form below if you want it delivered every Sunday! Also, don’t forget to check out the Android Authority app for even faster updates! Price: Free
DOWNLOAD ON GOOGLE PLAY
LEGO Life is a community app for LEGO fans. The idea is that boys and girls can join up, check out LEGO stuff, and communicate with one another. The app comes with LEGO videos, information about various sets and games, and all kinds of other stuff. You can also share photos and updates about what you’re doing in the world of LEGO. The target audience are kids ages five to teen. It’s also completely free to download and use although there are some bugs that need fixed. There are no in-app purchases
DOWNLOAD ON GOOGLE PLAY 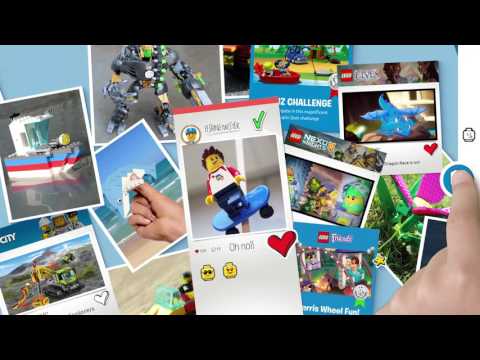 A Boy and His Blob

Price: $4.99
DOWNLOAD ON GOOGLE PLAY
A Boy and His Blob is a remake of the original NES game of the same name. Aside from the graphical remaster, the game is the same as it always was. The world is threatened by an evil emperor. Your job is to stop that from happening. It’s a classic platformer. The controls are smooth, the graphics are colorful, and there are plenty of puzzles and challenges to overcome. Of course, you’ll have your blob friend to help you out. It’s $4.99 with no in-app purchases.
DOWNLOAD ON GOOGLE PLAY Price: Free
DOWNLOAD ON GOOGLE PLAY
Camarada VR Camera is something a little bit different. You can use this app to link smartphones together to create your own VR camera rig. It also includes a single user mode that lets you record a video. The app then tries to render it into a VR video for your enjoyment. It then has a dual phone mode that lets you capture stereoscopic 3D videos. It’s a bit challenging to use and it’s also new. Between the bugs and the new landscape, you may run into a few issues here and there. Thankfully, the app is completely free. It won’t cost you anything to check it out.
DOWNLOAD ON GOOGLE PLAY Price: Free with in-app purchases
DOWNLOAD ON GOOGLE PLAY
Good Dogs is a new infinite runner about dogs. It was made by Fourthwall along with the popular Twitter account WeRateDogs. The game has a simple premise. Your run through a dog park and try to avoid obstacles. When you lose, you’ll be rated based on your performance. It includes seven dogs to unlock, some customizations, and the developers promised a different park to run through every month. It’s a fun little time waster for dog fans. It’s free to download and play. The in-app purchases are just little customizations that you can unlock with money.
DOWNLOAD ON GOOGLE PLAY Price: Free
DOWNLOAD ON GOOGLE PLAY
Email by EasilyDo is a new and simple email app. It boasts a simple, no frills interface that puts nothing between you and your email. It also has an assistant built-in that tries to help you organize and find important emails. Aside from that, it supports a variety of account types, real-time notifications for things like package tracking and flight info (if you have those emails), and you can unsubscribe from junk mail quickly. The only downside is the app is still in beta so there will be some bugs here and there. It’s otherwise completely free.
DOWNLOAD ON GOOGLE PLAY

If we missed any big Android apps or games news for Android, tell us about them in the comments! To see our complete list of best app lists, click here.