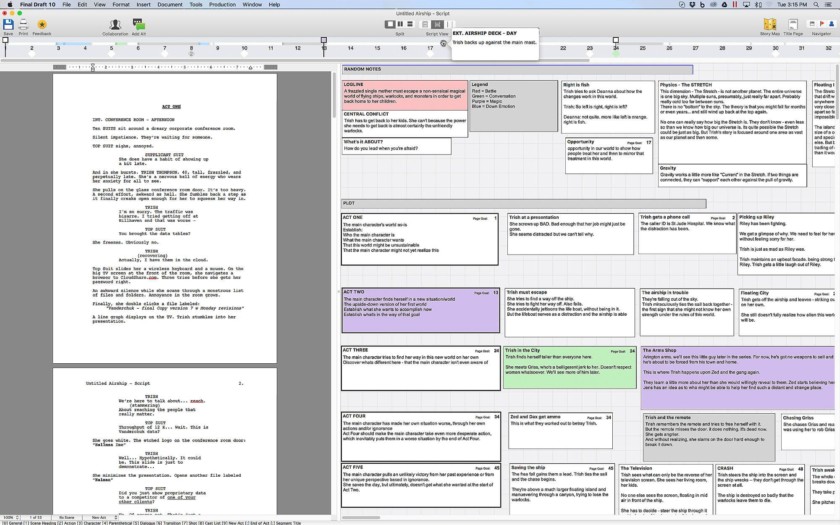 The nominations for the 2018 Academy Awards were revealed a few days ago, including who got picked to be nominated for Best Original Screenplay and Best Adapted Screenplay. If you have ever dreamed of writing your own movie script, and have it be nominated for an Oscar, you can start by buying Final Draft 10. This screenwriting desktop app for Windows and Mac can be yours for at least 50 percent off its normal price, and you can type in a promo code to cut that price down by another 15 percent, giving you a 65 percent total discount.

Final Draft is the screenwriting app that’s used by over 95 percent of Hollywood’s film and TV writers, and it’s easy to see why. Final Draft 10 can automatically paginate any of your screenplays to they are up to the standards of the major movie and TV studios. The app also has over 100 templates ready to be used to start writing your film, TV or even stage scripts.

Final Page 10 also includes features like Story Map, which lets you quickly outline your script’s acts, scenes and events. If you have been using another word processing program to start writing your scripts, Final Page 10 can be used to import what you have already written into the app. It also includes support for automatic backups, so you don’t lose anything, and if you are using the Mac version you can even dictate scripts into the app with your voice, for true hands-free wrting. You can even collaborate with an online writing partner in real time with Final Page 10.

Normally, this app costs $249.99, but this offer’s standard discount cuts that price down by 50 percent to $124.99. However, when you register for our tech deals, and then type in the promo code FD15 at checkout, you can cut that price down by another 15 percent. This means your final price will be just $106.25, or 65 percent off its normal price.