Power your life with River Bank

Today’s pick is something a bit different. A power bank so powerful it can jump-start your car.

Some people’s only battery concern is whether their smartphone has enough juice to make it through a music festival. However, if you love the great outdoors or you’re a digital nomad, the River Bank Smart Power System might make your life a whole lot easier.

The River Bank is the world’s largest capacity portable power station that you can take on a plane. There are several modules which make up the River Bank system, and you can stack them in whatever way best suits your needs. 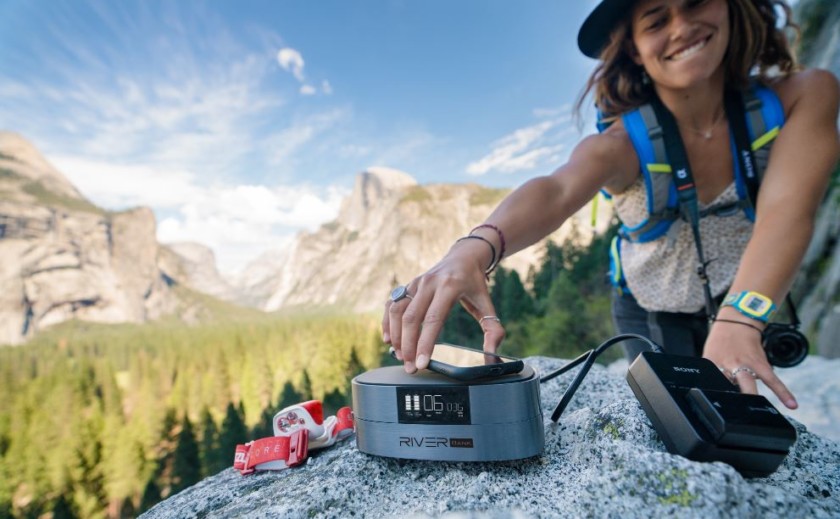 This is serious piece of kit. We’re not talking about a couple of extra charges for one device here, we’re talking about powering your devices for days or even weeks. Check out the life-affirming promo video above to get some sense of what it can do.

The Main module and the AC module appear to be where the bulk of the versatility lie. Both have their own large charging capacity, plus this is where the Qi wireless charger and most of the ports are housed. Combined, they make up the AC Pack, with which you can charge laptops 3-4 times, phones 18-30 times, tablets 6 times, and GoPros 40+ times.

You also have the solar charger and the car module. The former could keep you recharging in the wild indefinitely, while the latter can jump start your car up to 10 times. Check out the Indigogo page for more specs.

Even if you’re not Grizzly Adams, this piece of tech could really be handy in an emergency if you live in a storm or flood zone. You never know when you might need power. 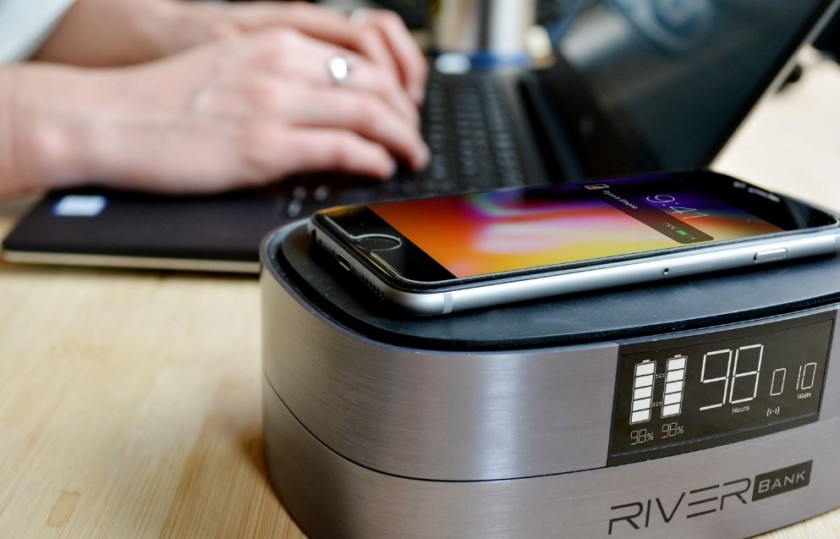 The River Bank is the follow-up crowdfunded project from EcoFlow Tech, who raised over 3,000% of its target for the River Power Station last year. They appear to have combined the campaigns, so even though the target has been smashed, they’re still offering discount deals for those who pre-order the River Bank now.

The price depends on the pack you’re after. At the time of writing you could pre-order the AC pack for $295 including shipping. That’s $50 lower than the retail price.

That said, the giant countdown clock says the price will go up soon. If it sounds like the River Bank could solve your power needs then check out the Indigogo page via the link below.