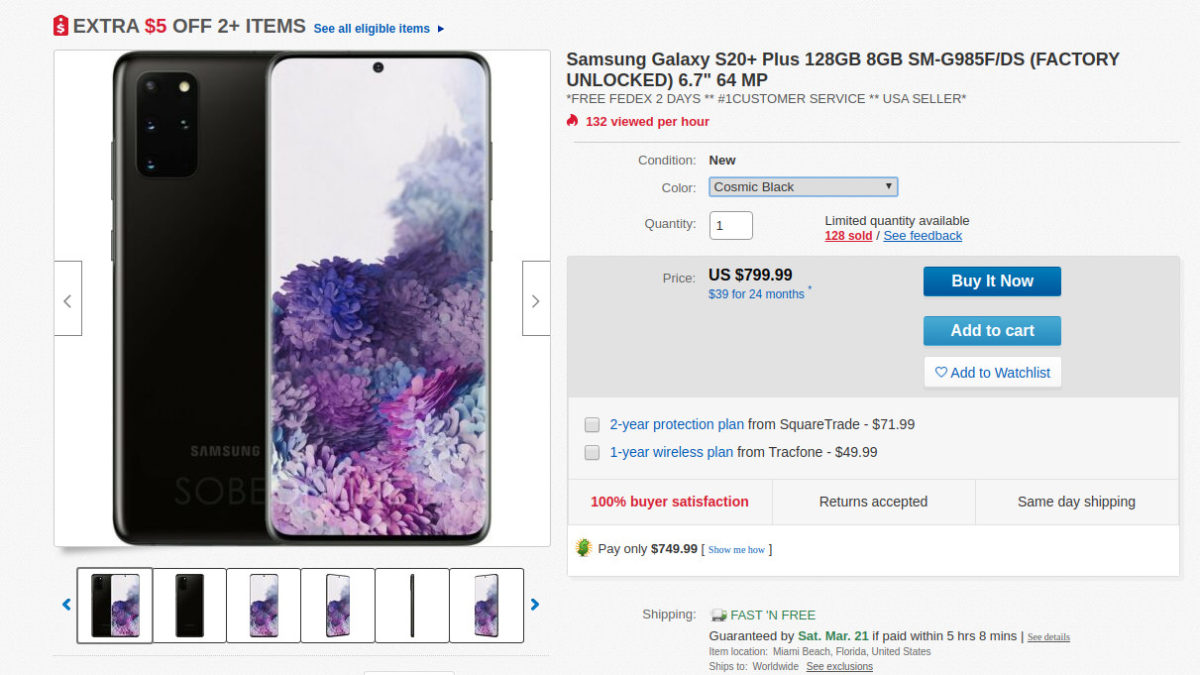 Samsung knocked it out of the park this year with the Galaxy S20 line. Of the three, the Galaxy S20 Plus has to be our most recommended handset in the series, and a current online sale makes getting your hands on one even easier.

The difference between this unlocked variant and the one you might pick up from your local US carrier is that this one touts the Exynos 990 processor instead of the Snapdragon 865. Unfortunately, that means this Galaxy S20 Plus won’t support 5G, and it will only work on GSM carriers like AT&T and T-Mobile. Even then, this handset won’t support every US band from compatible carriers. For a lot of you, that really won’t be a problem, but for some, that might be a deal-breaker.

Other than that, this device still features the same 6.7-inch 1,440 x 3,200 120Hz AMOLED display, Android 10, 4,500mAh battery, 128GB of expandable storage, and impressive rear quad-camera array. This variant also supports a dual-SIM slot, which the US 5G capable version does not.

Interestingly, this eBay listing claims the handset sports 8GB of RAM, though we expect this is a typo on the seller’s part. Despite the typo, this is a very trustworthy eBay seller.

We don’t know how long this sale will last, so if you are looking to upgrade your current smartphone, you really should consider picking up this Samsung Galaxy S20 Plus. If 5G compatibility isn’t a necessity for you yet and you are on a compatible carrier, then this current eBay sale is a steal. You don’t want to miss it.

Samsung Galaxy Note 10 Plus review: Not the Note you know

Samsung Galaxy Buds Plus review: Best ‘buds in the galaxy

When should you expect to receive Android 10? (Updated March 13)

How to use Samsung Theme Park to theme your Galaxy phone

The best Verizon prepaid phones you can get

How to factory reset your Samsung smartwatch