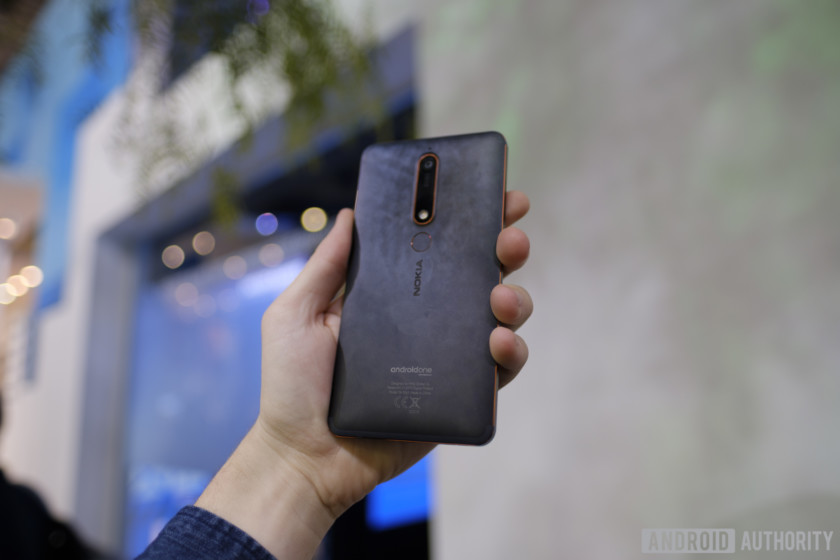 HMD Global first announced the Nokia 6.1 at MWC earlier this year and later confirmed that the handset would be coming to the U.S. Now that the budget handset has been on the market for several months, the smartphone is currently $40 off on Amazon and can be had for $229 (via Android Police).

Inside, the Nokia 6.1 is powered by the Snapdragon 630 processor, 3GB of RAM, and has 32GB of built-in storage with the option to add more with a microSD card. The handset also features a 5.5-inch 1080p display with a 16:9 aspect ratio.

As far as cameras are concerned, the smartphone sports a 16MP f/2.0 sensor with Zeiss optics around back and an 8MP selfie camera.

The device is running Android 8.1 Oreo and offers a stock-like experience as it’s a part of Android One. Because of this, the Nokia 6.1 should receive Android 9 Pie as soon as this fall, but we will have to wait for Nokia to confirm the rollout

Nokia was once the biggest smartphone manufacturer in the world but lost its appeal when it overlooked Android and start making Windows-powered smartphones. Microsoft bought the company in 2013, deciding to kill the Nokia brand a …

Unfortunately, the Nokia 6.1 in the U.S. is only available in a black colorway with copper accents. The white and blue color options have never made their way stateside.

You can head on over to Amazon by clicking on the button below if you’re interested in purchasing the Nokia 6.1. But remember, the handset will only work on GSM networks which means it won’t work for Sprint and Verizon customers.