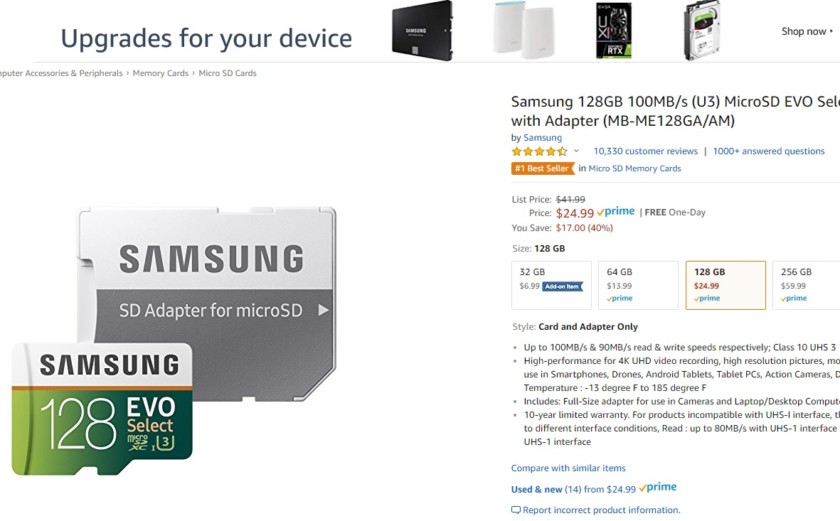 Not many smartphones have expandable storage anymore, but those which do usually allow for quite a bit of extra space. However, high-capacity (and high-quality) microSD cards usually aren’t cheap.

But not today! Right now, at Amazon.com, there’s a microSD card deal which gets you a Samsung EVO 128GB microSD card for only $25. If you’re an Amazon Prime member, shipping is free. If you’re not, just add another $10 item in there to reach the free shipping threshold.

A few years ago,  phones with expandable memory were starting to become a dying breed. However, there are still many great phones that include microSD card slots so you can add as much as 512GB of …

Included with your microSD card purchase is an SD card adapter, which easily lets you swap your card from your laptop to your phone.

If 128GB isn’t enough for you, there’s also a 256GB option for the very reasonable price of $60. However, check to make sure your smartphone can support that much storage, as many devices have certain limits.

And, if 128GB is overkill, the 64GB card is only $14 with free Prime shipping. However, 64GB cards are usually found at prices that low, while this 128GB card is definitely a deal.

We’re not sure how long this deal will last, so we suggest hitting the button below to get yours before time runs out!

Get this microSD card deal