Deal: Motorola slashes up to $421 off phones in monstrous Halloween sale 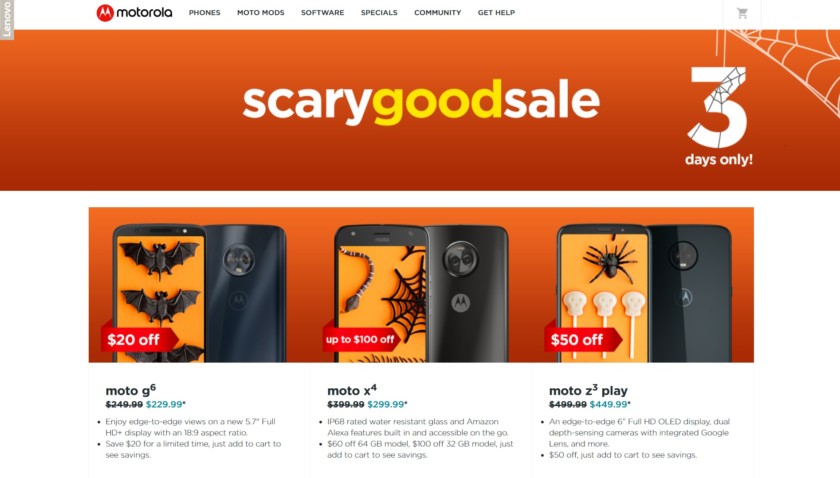 Motorola has cut the price of some of its major smartphones as part of a new Halloween offer.

Some people might think that the most important feature in a smartphone is its display size. Others believe it comes down to a phone’s processor performance, or the amount of RAM, or how much storage …

The Moto Z2 Force is compatible with Moto Mods — a range of accessories that attach to the back of the phone. Should you want to pick up a mod or two now, Motorola is offering up to 25 percent off mods including the Moto stereo speaker, Amazon Alexa speaker, JBL SoundBoost 2, and Moto power pack.

As well as the Moto Z2 Force and the Moto Mods, Motorola has discounted the following smartphones:

Strangely, the Halloween sale only runs until 11:59 PM CDT on October 27 or while supplies last, not until Halloween itself. The deal is also only available in the U.S. If you want to check it out for yourself, hit the button below to head over to the Motorola store now.

Buy a Moto phone at Motorola.com
Next up: Moto Z2 Force review: A force to be reckoned with