Deal: Get $50 off the Google Home Hub with select Nest devices 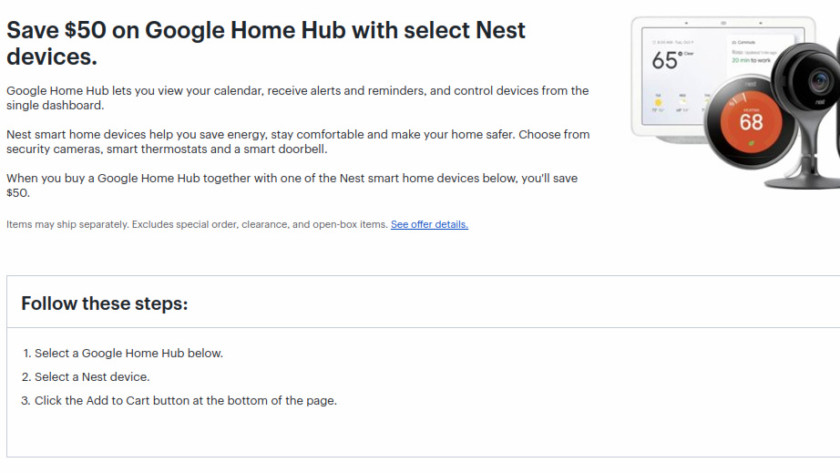 Even though the Google Home Hub’s $149 price brings it dangerously close to impulse-buy territory, Best Buy’s deal might make that decision much easier. So long as you want to also buy a Nest device, that is.

Google Home Hub review: A home with a view

Alongside the new Pixel 3 and Chromecast, Google announced also recently announced the Google Home Hub. The Hub is Google’s first entry into the smart display market, aiming to improve on the smart speaker formula …

Announced alongside the Pixel 3 and Pixel 3 XL, the Home Hub is the latest in Google’s line of Home devices. Based on the Cast platform instead of Android Things, the Home Hub features a seven-inch display, smart home controls, music and movie playback, and more.

The Home Hub does not feature a camera, which should help put the privacy-minded a bit more at ease. The device also features a diminutive size, which helps with deciding where to place it in your home.

You can grab Best Buy’s deal on the Home Hub at the link below. The device is available in Charcoal and Chalk.