Deal: Become an ethical hacker and take on the bad guys

Ever wanted to become the kind of badass who skirts around firewalls like they’re not there? Not only can you do this for a living as an ethical hacker, but it’s legitimate and potentially lucrative.

White hat hacker Bryan Seely — that guy who hacked the FBI using Google Maps from a McDonald’s Wi-Fi network — talks about how the demand for security experts is only increasing, and there aren’t enough ethical hackers to fill all the available roles.

Curious? The Ethical Hacker Bonus Bundle might be the cheapest way of getting over 60 hours of expert-led training right now.

This huge learning kit features nine courses, hundreds of lessons, and coverage of every type of cyber attack you can imagine. Bug bounty programs, viruses, worms, phishing scams, cross-site scripting, keylogging — you can learn how to do them all, and therefore show companies how to defend against them. 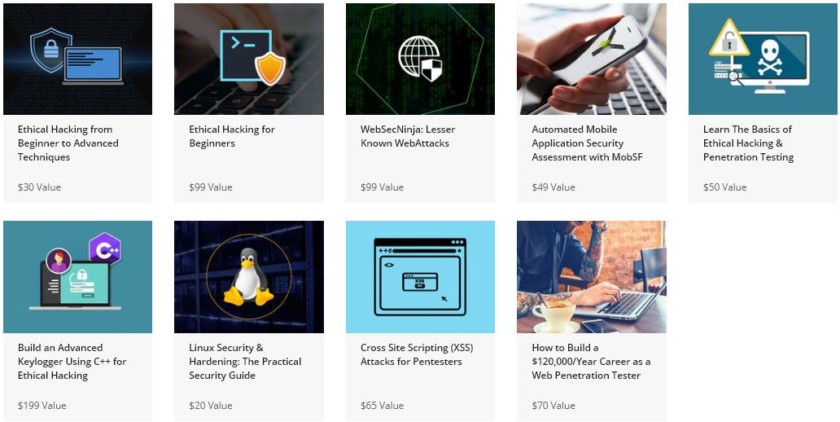 The bundle even includes the Build an Advanced Keylogger Using C++ for Ethical Hacking course. Valued at $199 alone, you get to grips with widely used C++ code, then learn how hackers use it to secretly record every click or keystroke of an unsuspecting victim.

It might be over $680 of content, but Tech Deals has bundled it into a great offer. You can get lifetime access to the whole ethical hacker bundle right now for just $39.99. No wonder over 9,000 people have already enrolled, and the five-star reviews speak for themselves.

There isn’t long left on this deal so don’t miss out on the opportunity to join the good fight. Sign up now via the button below.