Deal: A great 4K TV and a cheap 1080p TV are steals on Amazon today 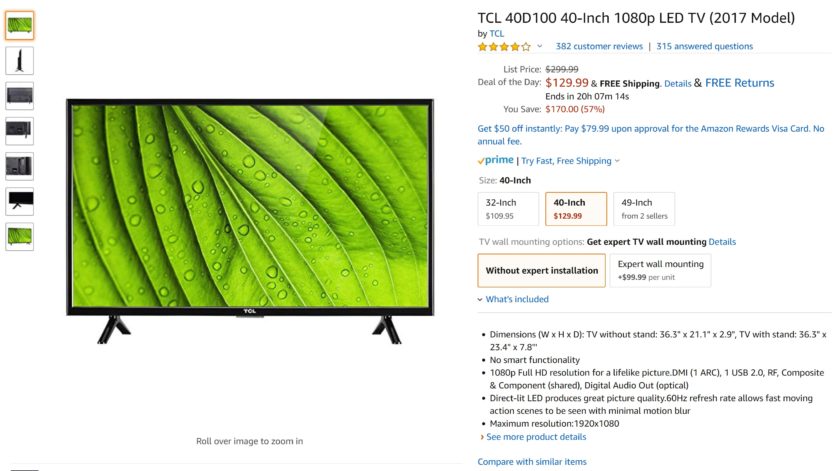 Amazon is rolling out deals aplenty in the run-up to Amazon Prime Day taking place on July 15 and 16. Today, it has some cut-price TV offers that you might want to take a peek at.

The first is a 40-inch, 1080p TV with 60Hz refresh rate from TCL. It’s a fairly basic TV, with standard connectors including three HDMI ports, one USB 2.0 port, RF, composite & component (shared), and optical audio out. You won’t find smart functionality, or other modern bells and whistles, but if you’re looking for a cheap, large TV, it’s a bargain at $129.99.

Amazon Prime Day Canada: The best early deals on tech we could find

Amazon Prime Day Canada starts on July 15 and goes through until the following day on July 16. Just like with the Prime Day celebrations happening in Amazon’s home country of the United States, you …

The TCL 40D100 could be found on Amazon in May for around $250 — twice what you’ll pay for it today. It may be two years old, but the years aren’t unkind to TVs like they are to smartphones — a 2017 TV doesn’t suffer from dramatically outdated specs, operating systems, or designs.

The TCL 40D100 is on sale at its current price today only. Find it on Amazon at the link below. 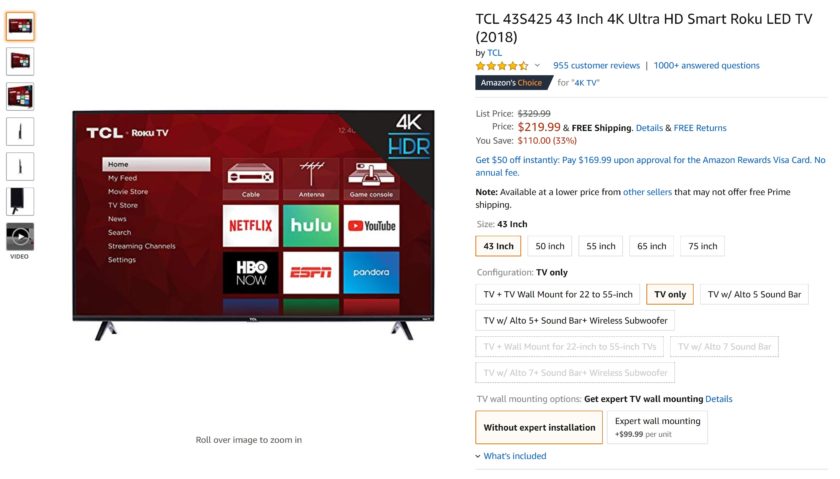 This isn’t the lowest price we’ve ever seen the TV at — that would be $212 a few weeks ago — but it’s far from the $350 price tag you’d have seen it carrying last year; you would have paid around $20 if you’d bought it even a few weeks ago.

TCL does have a 2019 version of the TV now available, but it costs the same for a 43-inch version at 1080p resolution as it does for the older 4K one. In other words, spring for last year’s model and you’ll get 4K goodness at a rock-bottom price.