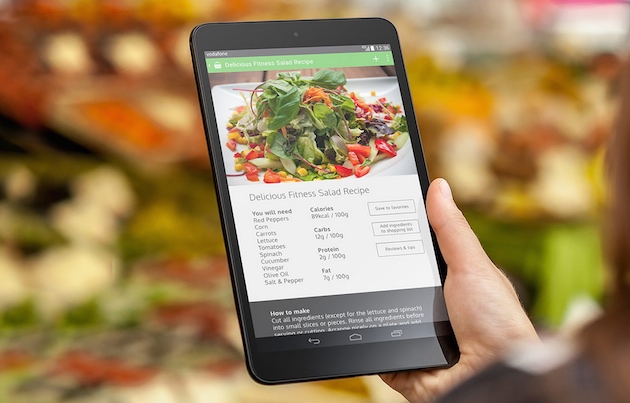 When Vodafone announced its first own-brand 4G smartphones back in July, we figured it would only be a matter of time until we saw an similarly-equipped tablet emerge. Today, the carrier confirmed our suspicions by unveiling the 8-inch Smart Tab 4G, a slightly modernised version of the 3G-only Smart Tab 4 we saw go on sale back in June. So what’s different? For starters, the Smart Tab 4G sports an HD display and has swapped MediaTek’s 1.2 GHz quad-core processor for a Qualcomm Snapdragon 410. It also features a 5-megapixel camera, up from the 2-megapixel shooter found on its predecessor. Everything else remains the same, right down to its size, weight, OS (Android 4.4 KitKat) and 4060 mAh battery.