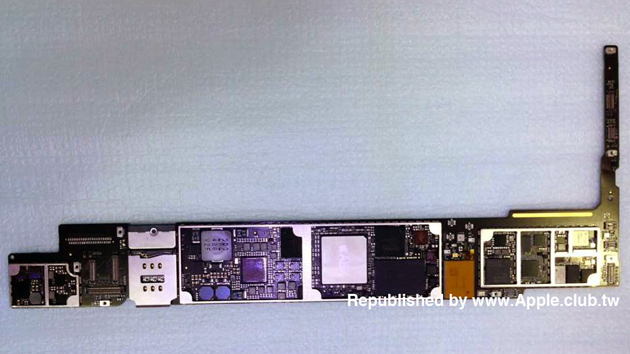 Last year, both the iPad Air and Retina iPad mini used nearly the same A7 chip that you saw in the iPhone 5s. That wasn’t exactly a problem, but it was a bit disappointing if you were hoping for some extra oomph in bigger iOS devices. You may not have to worry about getting similar parts this year, though. Taiwanese site Apple.club.tw has posted photos that reportedly show the next big iPad’s motherboard, including what looks like a shiny new A8X processor. If history is any indication, that X means that it’s a tangibly faster upgrade to the iPhone CPU that could involve improved graphics, a higher clock speed or other new (though not revolutionary) tricks. The club also claims that the new board has 2GB of RAM (twice as much memory as you see in the current iPad), although it’s hard to verify this without a closer look. This probably won’t prompt an upgrade if you’re happy with the tablet you have — assuming it’s accurate in the first place, of course — but it may give you something extra to look forward to at Apple’s October 16th event.