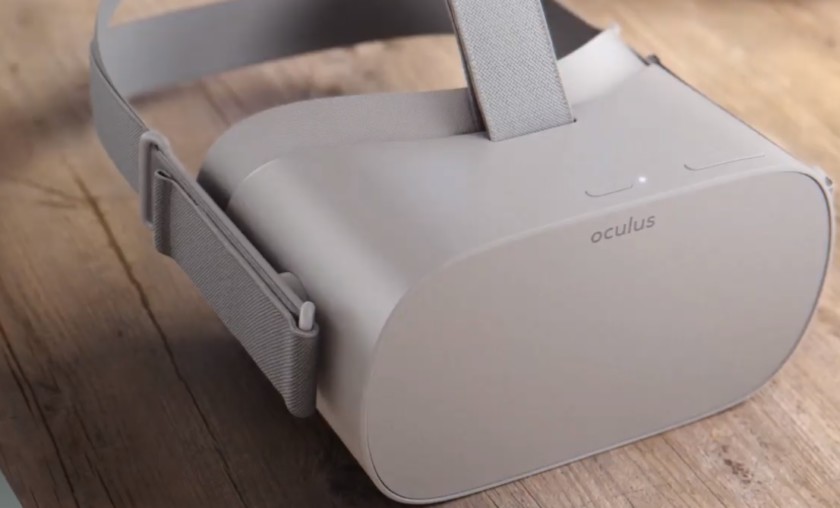 Amazon Prime Day is upon us, featuring plenty of great deals if you’re looking to do some online shopping. We’ve already seen deals on smartphones, smart home devices, audio devices, and much more, but you’ve come to the right place if VR is your jam.

Below, you’ll find the best VR deals we could find for Prime Day. Keep in mind that prices and availability can fluctuate without warning as the day goes on, so jump on a deal if you see one you like. 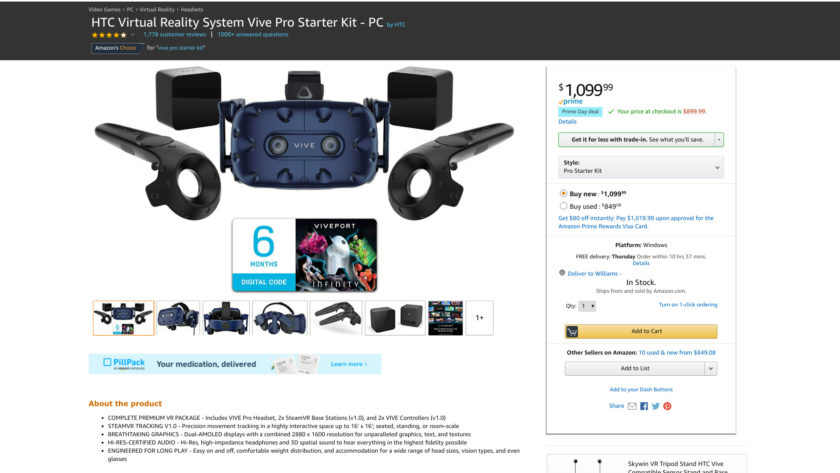 If you’re looking for a high-end VR headset and have a powerful PC, the HTC Vive Pro Starter Kit is available for $200 off. In addition to the headset itself, the bundle includes two SteamVR base stations, two Vive controllers, and a free six-month membership to HTC’s Viveport Infinity.

Alternatively, you can pick up the Vive Pro by itself for $599.99 if you’re looking for a second Vive headset for your setup. 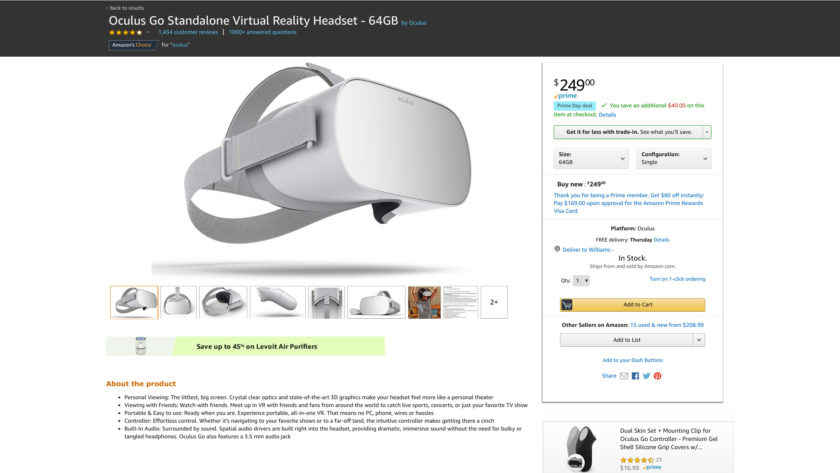 Not everyone has a huge wallet and a powerful PC. In that case, the 64GB version of the Oculus Go VR headset is available for $40 off. The Oculus Go is a standalone headset, includes a controller, and features a 5.5-inch, 2,560 x 1,440 display with the Snapdragon 821 processor.

We recommend the 64GB version for the added storage. However, the 32GB version is available for just $159 if you’re looking to save even more money. 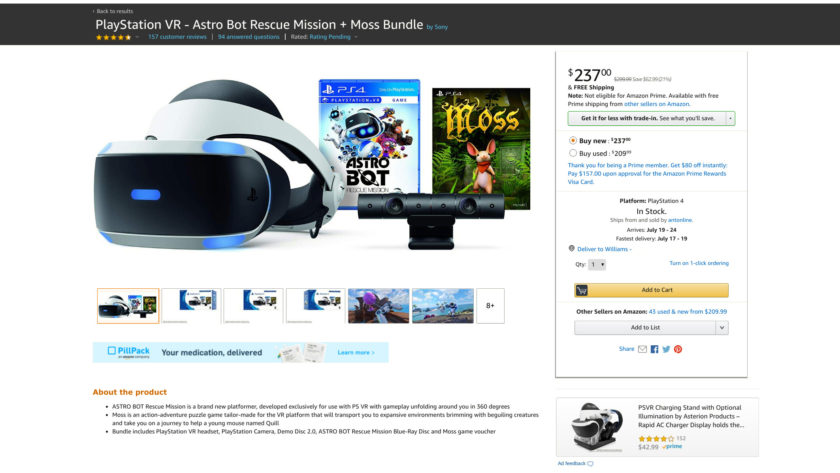 Owning a PlayStation 4 means you own a VR-capable console. Why not take advantage of its VR capabilities and pick up the PlayStation VR bundle for $62.99 off. The bundle includes the headset itself, PlayStation Camera for tracking, Astro Bot Rescue Mission, and a voucher for Moss. You’ll have to purchase the PlayStation Move motion controllers separately.

These are some of our favorite offers, but we’ll keep our eyes peeled for more as the day unfolds.

The best Amazon Prime Day audio deals we could find

Prime Day deal: OnePlus 6 discounted by up to 39% off in the UK and Europe