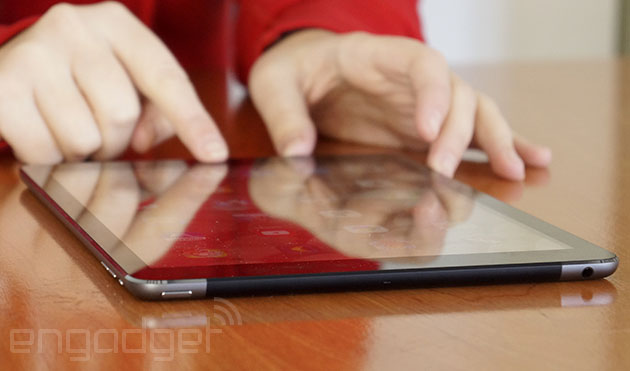 There have been photos and vague rumors hinting that Apple’s next iPads will involve more than just a speed bump, but there hasn’t been much in the way of hard evidence… until today, that is. Hamza Sood has uncovered code in the iOS 8.1 developer beta that alludes to unannounced iPads with Touch ID fingerprint readers and, appropriately, Apple Pay support. Don’t think that you’ll be tapping your iPad to pay for goods at the local shop, however. From all indications, this is just for in-app transactions; there’s no mention of NFC. It’s also unclear when this new iOS version will arrive, although history suggests that the new iPads (and thus the finished 8.1 update) could surface in October.

Via: Cult of Mac