Tesco cuts the price of its original Hudl tablet to £79 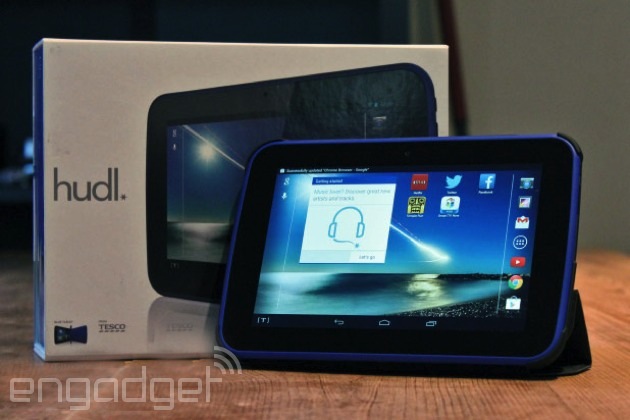 Tesco’s Hudl2 tablet is now on sale, and as is typically the way when a next-gen product usurps its predecessor, the supermarket’s cut the price of the first Hudl to just £79. When the Hudl2 was announced, Tesco said it would keep selling its first tablet, which launched at £119 before later being discounted to £99, until it had shifted all remaining stock. Now you can actually buy the Hudl2 for £129, Tesco’s thought it best to make its other tablet a more attractive offer. It’s now a year old, so you’re not exactly getting 2014 hardware, but if you’re after a couch-browsing companion or something for the kids to poke at, £79 is nothing to shrug at. It can also be picked up in-store or online for half that value in Tesco Clubcard points, so that’s something to consider if you’ve got a loaded account and a tablet-sized hole in your life. If you’re thinking the Hudl2 is more your bag, however, then keep your eyes peeled for our review of Tesco’s new offering next week.