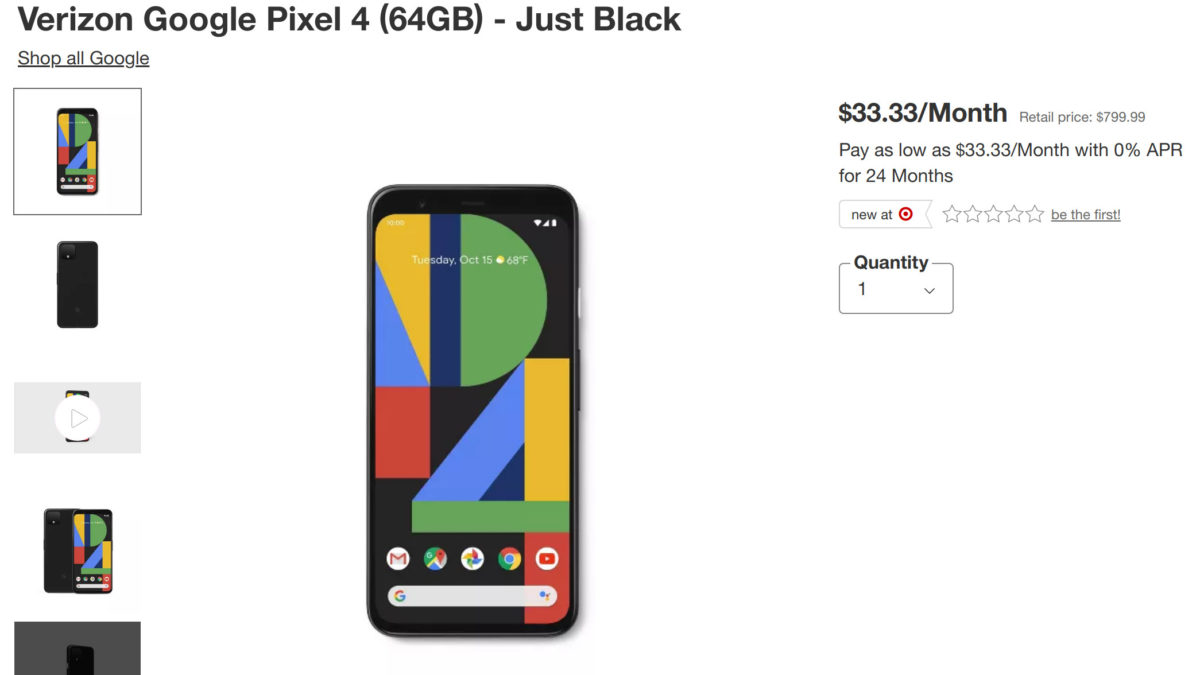 Halloween is old news now, and the holiday shopping season is officially upon us. To kick off this year’s Black Friday news, Target has announced its Pixel 4 deal, and boy is it good.

Customers who purchase a Google Pixel 4 or Pixel 4 XL from Target will also receive a $300 Target gift card. To qualify for the gift card, users will need to activate the Pixel device on either AT&T or Verizon with a 24-30 month payment plan.

There’s also a decent deal for those who don’t mind last year’s tech. Google Pixel 3 and Pixel 3 XL purchases will come with a whopping $550 Target gift card under the same stipulations as the Pixel 4 deal. That’s enough money to cover the rest of your holiday shopping.

Both the Pixel 4 and Pixel 3 Black Friday deals are only available from November 28 to December 1. Also, devices are not returnable without also returning the gift card, so make your purchase wisely.

There will definitely be more Pixel 4 Black Friday deals in the coming weeks, but it will be hard for other retailers to top Target’s sale this year.

Next: Black Friday 2019: Some deals are already live!