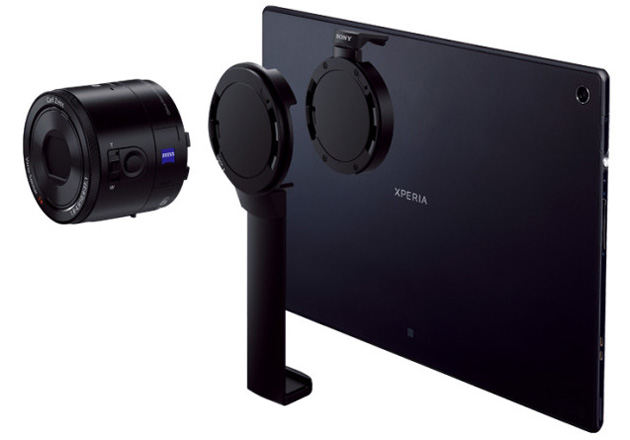 Whether you like it or not, tablet photography is here to stay — it’s only fair that slate owners get a fair chance at taking nice pictures. Sony certainly thinks so, since it has unveiled a new mount, the SPA-TA1, that attaches its QX lens cameras to tablets. The peripheral isn’t just for small devices, either; it includes six adjustable arms that accommodate larger hardware, like the Xperia Tablet Z and VAIO Tap 11. Sony ships the camera accessory to Japan this April for a suggested price of ¥3,675 ($36). There’s no word of a US release, but we wouldn’t rule out an eventual stateside launch.